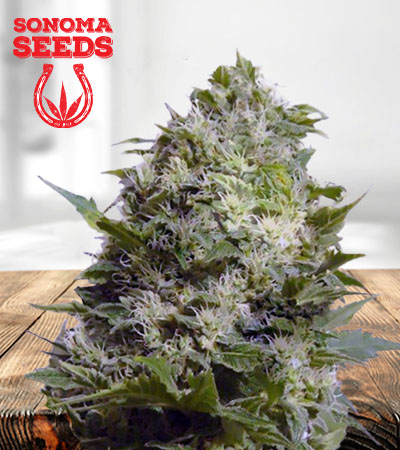 Maui Wowie is well-known for its enticing aroma and uses in teas. It’s often used as an energizer to give you a boost for the day, laser concentration, and the drive to keep working during the day. It’s like a luxurious holiday in the tropics, filled with Pina Coladas and waves. Since its homey and warm fragrance transports people to the island of Hawaii, this absolute classic has become a fan favorite of many. Allowing this strain to flourish in your garden will not leave you disappointed. Maui Wowie will provide you with the rewarding sensation of growing an autoflowering strain, and it will keep you coming back for more.

Every time you smoke it, you will feel an intense physical high. A numbing and tingling sensation can spread over your face. Due to its high Indica content, it will undoubtedly remove all of your negative thoughts. After using this strain, you can experience relief from pain, stress, and anxiety. This will certainly excite you every time you smoke, and when you burn them, you will be rewarded with a dense cloud of smoke-producing a pineapple and citrus aroma and taste that will awaken all of your senses right away.

What are the Aroma, Flavor, and Effects of Maui Wowie Autoflower?

It smells piney, earthy, and a little like fennel, but with a hint of room. After you grind it out, you won’t feel the pungency. The taste is also similar, with a piney, lemony undertone. It’s smooth and friendly with each exhale. Its impact can be summed up as a sativa’s pinnacle. The music is mellow, energizing, and imaginative. It’s best taken first thing in the morning because it gives you energy during the day without the obnoxious and racy side effects that Green Crack has.

What are the Medical Benefits of Maui Wowie Autoflower?

Maui Wowie has been confirmed to have a wide variety of medicinal effects, firmly establishing its reputation as medical cannabis. Its sativa component relaxes and calms patients, providing relief to patients with anxiety, depression, and stress. It’s also been used as an appetite stimulant for people with eating disorders, such as those going through chemotherapy. Furthermore, this cannabis is commonly used to relieve mild pain for migraines and headaches. Users often fall asleep before their bodies have fully recovered from the impact. In insomniacs, his most common medical usage is to cause drowsiness and sleep. In some instances, depression and other mental disorders such as PTSD can be beneficial. It also aids in the relief of minor pain and aches due to its sedative-like effects.

Maui Wowie intake is expected to have a few negative effects. However, except for the evergreen pair of cottonmouth and dry eyes, there aren’t many side effects to be found. With a few eye drops and a variety of liquids, it can be quickly remedied. Some strains are simple to deal with, while others aren’t. Others would conclude that tiredness is just a fad. Anxiety and drowsiness are typical side effects of prolonged use, which individuals may experience with even lower levels of resistance.

Newcomers and veterans alike love Maui Wowie. The hardy and robust nature allow it to thrive in the face of disease and pests, making it simple to grow. You can grow it indoors and outdoors, but the best results come from cultivating it in a tropical environment. When growing indoors, keep the temperature between 75 and 85 degrees Fahrenheit. However, when growing it outdoors, you’ll need a lot of room to make it grow up to 5 feet tall. A small amount of nitrogen, phosphorus, and potassium should also be added. Calcium, sulfur, and magnesium may also be added.