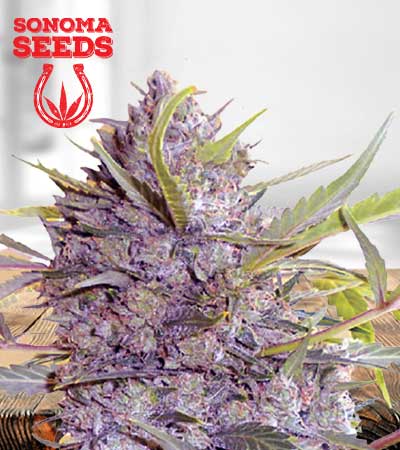 Star Gazer Auto is a remarkably stable, Indica-dominant cannabis strain that belongs to a family of strong, stoney strains. This hybridized strain was produced by crossing Warlock with AK47, two strains that are known for being fast, stimulating, and producing slightly hashy effects. The weed is known for its quick Indica body stone with a side of mental stimulation, as well as its intense, alert effects felt in both the mind and body; for peacefully gazing at the stars at night, as its name implies. In addition, this fast-flowering Indica is compact and solid. It’s no surprise that the Star Gaze Auto Quick Version has received several awards in the High Life and High Times Cannabis Cups for all of its great qualities, from its flowering stages to its potent high.

What are the Aroma, Flavor and Effects of Star Gazer Auto Fast Version?

The Star Gazer Auto quick version’s smell and taste profile is extremely complex, with several different variations in between. The aroma of the strain becomes very intense during its blossoming process, bordering on pungency. The resin-coated buds have a citrusy, sweet fragrance with traces of lemon haze. Once the buds have been healed, they have a sweet and sour lemon flavor with wood undertones and a natural, almost piney flavor. It then shifts around the palate before finishing with a fine minty aftertaste. Overall, a perfect taste and smoke for both beginners and pot connoisseurs. The Star Gazer Auto Fast Version has very high THC levels in the 18-25 percent range, making it quite potent. It has a powerful high that can induce calming relaxation, making it suitable for those summer nights spent stargazing. It also produces euphoric feelings and positive vibes.

What are the Medical Benefits of Star Gazer Auto Fast Version?

Star Gazer Auto Quick Version is a well-balanced strain that isn’t too potent, making it an ideal option for medical marijuana patients on a regular basis. On the physical side of things, this burden will benefit people who are suffering from chronic pain, headaches, migraines, and even exhaustion.

One of the strain’s most common drawbacks is that it can have some unpleasant side effects, but nothing too severe. Cottonmouth, also known as dry mouth, can occur as a result of dehydration. The most serious of all the possible side effects caused by this strain is dizziness. Overdosing on this weed, or any other strain of marijuana, can be risky for people with mental disorders, as it raises the risk of anxiety and paranoia.

The Star Gazer Auto Quick Version, a lightweight and fast-flowering Indica, is one of the strains with the highest levels of mold and mildew resistance. It inherited both of its parent strains’ short, thick leaves and an Indica structure that produces resin-laden buds. Flowering usually takes 6-7 weeks to complete. This cannabis plant thrives in both indoor and outdoor environments. It is recommended, however, that it be grown in an indoor environment where the temperature can be monitored. In densely planted soil or hydro, the herb may grow in abundance. This plant should be topped and super-cropped before being trained indoors.

At harvest time, yields of 400-600G/M2 are possible. It prefers cold temperatures outside and can also thrive in the harsh environments of northern latitudes. Because of its proclivity for extensive branching, the SOG (Sea of Green) technique or pruning can be used. Additionally, once the buds begin to reach their maximum density, assistance is required. The plant can produce yields of 350-600 grams per plant, which can be harvested in early September or October, depending on the phenotype.