A Guide to Pruning Cannabis the Right Way 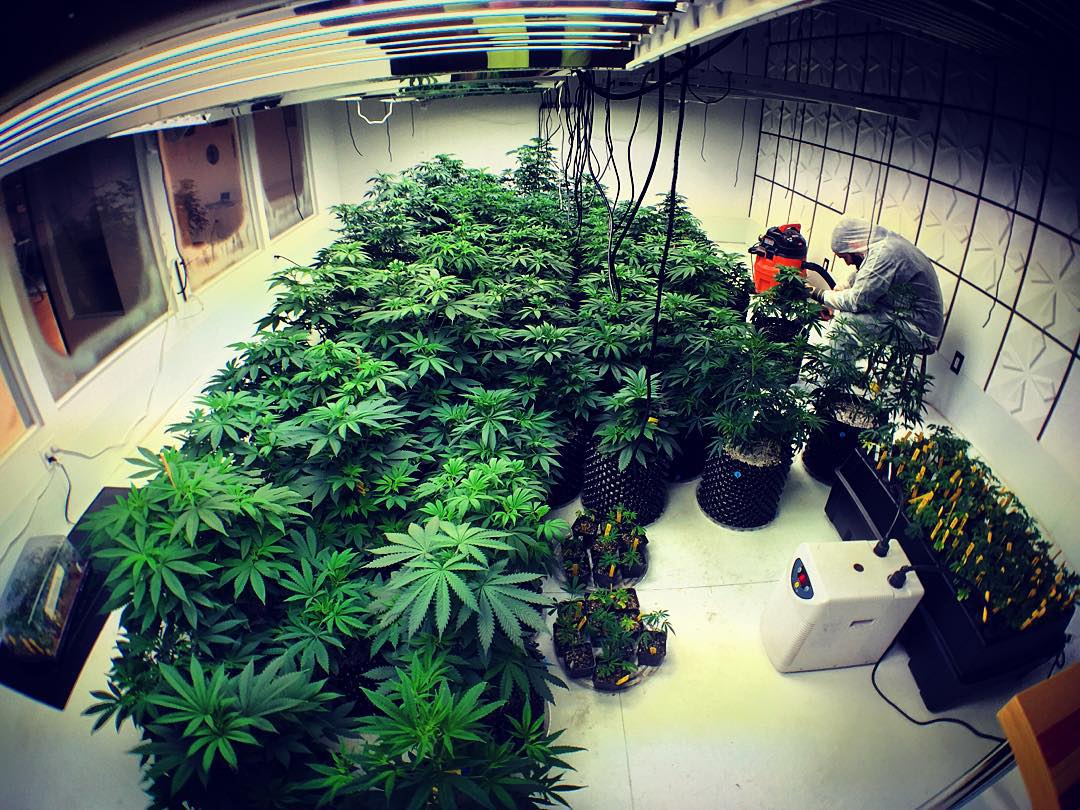 Before Cannabis got into grow rooms or tents, this plant thrived in the wild without any intervention from human hands. So it’s one hot topic in the Cannabis cultivation community.

Some agree with letting the parts develop, so they are productive. Others believe that pruning Cannabis would bring improvements to the plants. It is subjected to a wide range of methods from just tidying the plant to bringing out high yield.

You must have a guide in this process, especially methods that vary. There’s a basic method, and some are advanced.

The Right Time for Pruning Cannabis

It’s recommended to do pruning during the vegetative period. You should wait for the Cannabis plants to reach around the height of 30 cm when moving on to the process.

Some Sativa variety stretches quickly to the ideal size in just a matter of 20 days, while Indica doubles the time to 40 days. However, low-stress training can be done earlier as it only needs bending branches.

When you prune your plants, you should adhere to the minimalist approach. Leaves are like solar panels, and the limbs are the branches. If you take away a lot of them, it can stress out the plant, and complications can occur.

You need to pinch the tip of the plant using your fingers if you want to make your plants bushy. It is crude, but effective topping can be practiced in the early stage of the marijuana plant with its first set of leaves. Then you can do the four ways of LST and the SCROG method. It is done to maximize the yield.

You can get the look of the natural structure of a Cannabis plant when you allow it to grow a bit without clipping it. An assessment of branching and internode spacing can be done first then you can proceed to the pruning process. It should be done by first-time growers.

For the good airflow, two to three pairs of fan leaves and lower branches should be pruned. Getting rid of more branches encourages vertical growth. So don’t overdo it when you want your plant to be a squat bush.

Know that the plant with 50% of its leaves taken will have some issues. It’s just excessive to do it as it slows down photosynthesis.

Is it Ok to Prune Cannabis Plants During Flowering Time?

It’s not good to trim the Cannabis plant during the blooming phase. It would create stress. Pruning fan leaves during flowering should be limited as they shade the bud sites. Lollipop style is an exemption.

How About Dead Leaves?

Yellow and brown leaves are signs of an unhealthy Cannabis plant. It’s an obvious invitation for pests and microorganisms to trespass. You should take those leaves without waiting for them to fall off the ground or spread on the growing medium.

Some Pruning Styles and the Goal that Comes With Them

As it was mentioned, there are various pruning styles with specific goals. Here are some that you can learn:

This process aims to make the top productive. Some marijuana plants don’t respond well when you prune them to increase the branches count. This style will let you enhance the central stem’s production.

It is the process that is suitable for the short structure of an Indica. The example for it is the build of Critical+. These varieties tend to work hard for the core area, so you need to eliminate most of the lower branches.

It also makes way for you to grow 16 plants per square meter, and they won’t be mixed up. The branches that come out of the flower pot should be pruned. Your plant will have the main stem with 4 to 6 stems around the bottom.

You can have 16 plants rather than having 9. But you need to add string or wire so it won’t finish with doubling over the weight.

It is a pruning method that can give out 4 or 5 new sprouts. Doing this on your plants may make them appear strange and deformed, but sturdy branches grow after the amount of time that they need.

It is useful if you have the idea to make cuttings from a parent plant. You can expect that a lot of branches would develop, and there will be newly sprouted slips on the upper layer.

You only need to let the middle part untouched when just a small cutting is done. It’s taking 60% of the tip as you just let the small leaves sit. You will have a very dense mother plant, and you will be happy with how productive it will be. You can apply the SCROG method along with a mesh in your grow tent or room.

3. Pruning for a Small Indoor Plant

You have to be careful in doing this method as it involves cutting the trunk’s fattest part. An open wound would be created, and it would need some coverings. But the bloom that would come out of its inner and outer branches in high density.

It is a pruning style that would help you produce small buds in high quantities. The focus of this operation is on the height of its lower branches. Your plants will appear like a candelabrum. So the long branches and supposed-to-be short branches are all in the same length.

You can use a scarring paste or candle wax on the wound that you created. It blocks insects and dirt from having contact with it, and it won’t endanger the life of the plants.

Some growers would let their plants develop two central calyxes for directing the harvest into the center. The cutting should be done on the two branches that you’re eyeing on for production.

This method should be done at the time that two new branches have grown. You would usually leave a single centimeter of a trunk after the two branches. After doing the cut, the wound will heal, and it results in two central points. It is then the area that the plant will focus its attention.

The branches are like the plant’s central eye, so it’s the part that will be generously concentrated with buds.

5. For the Enhancement of Growth and Strength

A kind of callus can be created when you slightly bend one of the branches. This callus is something that can double or multiply the strength of the plant. What exactly happens is that the cells of the plant go to the injured part to strengthen it, so it gains more weight.

When you bend the branch slightly, don’t go too far. When you do it correctly, you will be given compact, strong plants full of thick balls of buds. Even though you grow a few plants in your grow room, the production rate will rocket.

Pruning Cannabis is a way of directing your plant’s energy to a certain part. It is also a way to make you give more attention to your plants. It’s a chance for you to observe signs of nutrient deficiency, soil issues, pest infestations, or the overall health of the plant.