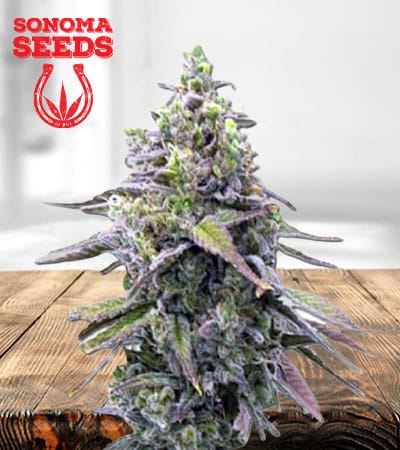 The Green Apple Pie feminized is the product of crossing two incredible strains, AK47 and Old Haze. This sativa-dominant hybrid marijuana strain can make you feel relaxed and nostalgic. It has a citrus, woody, and earthy fragrance that can bring back memories. Be mindful that when swallowing the buds, THC levels will surge, posing a danger to the cerebral regions of the brain. This sativa weed strain is excellent for hiking or relaxing under a tree on a nice day outside. Green Apple Pie Fem produces strong, sativa-rich results.

What are the Flavor and Effects of Green Apple Pie Feminized?

This pressure can make you feel warm and nostalgic as if you were eating a pie cooling in the window. The aroma and taste derived from some of the world’s most well-known landrace varieties will transport you to a simpler time. These buds’ musk is best described as spicy pine citrus, and it will be an intense musk. THC concentrations can be very high, affecting the cortical regions of the brain. This sativa strain is excellent for hiking or relaxing under an apple tree on a beautiful day outside.

Green Apple Pie Feminized is well-known for its flavor and aroma; this marijuana strain has a Skunk flavor with a sweetness of Pine that reaches the taste buds. With a touch of spicy undertones, this blend will help you calm your body and mind. The high can make users feel energized, alert, and inspired to achieve their objectives. This marijuana strain will also melt your body and place you in a trance-like state.

What are the Medical Benefits of Green Apple Pie Feminized?

The majority of people use it to treat bipolar disorder, anxiety, stress, depression, and exhaustion. Many that suffer from inflammation, stomach problems or a loss of appetite will benefit significantly from this marijuana. Insomnia may be treated with the Green Apple Pie Fem strain. This Green Apple fem strain also has a few medicinal benefits and can also be used to treat health issues like pain control, muscle spasms, and insomnia.

Negative Effects You Can Expect from Green Apple Pie Feminized

Marijuana contains a variety of mind-altering drugs that influence both the mind and the body. It could be toxic, and it could endanger the health of certain people. Paranoia, hallucinations, headaches, and dizziness are all possible side effects of Green Apple Pie Fem. Some common side effects, including dry eyes and cottonmouth, can be handled easily with eye drops and drinking more fluids.

Marijuana strains can be harmful to users’ welfare, both physically and mentally. Dry mouth and eyes are typical side effects of the Green Apple Pie Feminized strain, which can be prevented by staying hydrated and using eye drops. Anxiety and depression are also possible side effects of this marijuana.

Green Apple Pie fem thrives in a warm, Mediterranean climate and can be cultivated both outdoors and indoors. Both inside or out, if done correctly, you will be rewarded with an abundant harvest. This bud has dense dark amber hairs and deep olive green bendy leaves, and thick and fluffy light neon green buds. It’s almost as if the plant is pleading for the attention it needs to reach its full potential.

Since it is difficult to cultivate and susceptible to mold and mildew, this strain is not recommended for inexperienced growers. It could be harvested in as little as 8-10 weeks if adequately cultivated. At the end of October, growers should expect a bumper harvest.