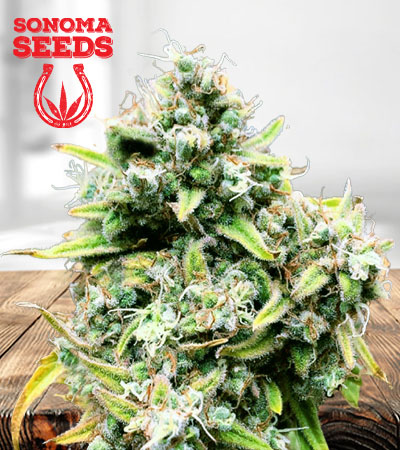 The Train Wreck strain results from a three-way cross between two Sativa strains, the Mexican and Thai, and one Indica parent, the Afghani. This genetic mixture produced a Sativa-dominant strain that offers a mind-blowing experience to smokers. Its flavor and aroma profile completes the overall experience as it releases a mixture of citrusy and peppery notes.

Train wreck is an analgesic. Trainwreck is a legendary Afghani Indica strain that combines Thai and Mexican Sativa genetics with a legendary Afghani Indica strain. This cannabis hybrid’s Sativa lineage shines through, providing an uplifting and motivating high. The spicy pine and sweet lemon notes give it a distinct taste. This hybrid marijuana strain has been grown in the Northern California hills for decades. If you’re looking for pain relief and relaxation, this strain is a must-have.

What are the Aroma, Flavour, and Effects of Train Wreck Autoflower Marijuana Seeds?

Train Wreck cannabis strains produce an instant euphoric, uplifting, and mood-enhancing high. This herb’s cerebral stimulation can be mind-bending, and the sensory experience can be subtly altered due to its potency. Enhancing figures and voices will enhance the subtle yet amusing kaleidoscopic.

Users also report feeling motivated when high on this weed, which allows them to produce more innovative work. As the Indica takes effect, a profoundly sedating sensation will wrap itself around the user’s whole body, putting them in a state of total relaxation. At the same time, his mind remains alert and aware of all that is going on around him. Users will not be tired, but large doses of this weed will cause them to fall into a deep, restful sleep.

With traces of cedar and citrus in the background, the Train Wreck marijuana strain smells like a stroll through a pine-covered forest. This weed has a nearly similar flavor benefited to that of its parent, but the citrus flavor is more robust, giving it a lemon flavor. It also has an earthy scent, which is generally associated with marijuana.

What are the Medical Benefits of Train Wreck Autoflower Marijuana Seeds?

Most medicinal cannabis patients seeking relief from a range of conditions prefer Train Wreck Autoflower. Because of its sedating and relaxing effects, this strain is used to help treat chronic pain. It helps to alleviate muscle pain and other pain-related issues. It has a history of helping to relieve joint pain, headaches, and backaches caused by inflammation.

Patients who suffer from stress, anxiety, depression, and post-traumatic stress disorder (PTSD) have benefited from Train Wreck. Its powerful cortical effect helps the user forget about those terrible memories and negative thoughts that keep resurfacing in the patient’s mind, replacing them with bright ideas that boost their mood. The use of this weed has been shown to reduce the occurrence of these brain disorders.

Since this cannabis strain has such high THC levels, it can cause paranoia and anxiety in those who aren’t used to its high offers. This strain can be avoided if you have a low tolerance for high THC marijuana.

Since this weed grows so tall, it must be topped regularly to keep it from being too tall. Topping causes more lateral growth, which means more new branches can grow and form fresh flowers. The Number of Train crashes is increasing since this weed has a penchant for being a hermaphrodite, which can kill an entire crop if not detected. Autoflowering can be difficult for novice growers. If the growing atmosphere is kept wet, dry, and sunny, this plant will thrive and flower in 8 to 10 weeks. The ever-increasing yields will be 450g and 50g-200g, respectively, indoors and outdoors.