Indica or Sativa for Gaming: The Right Weed to Stay Ahead of the Game 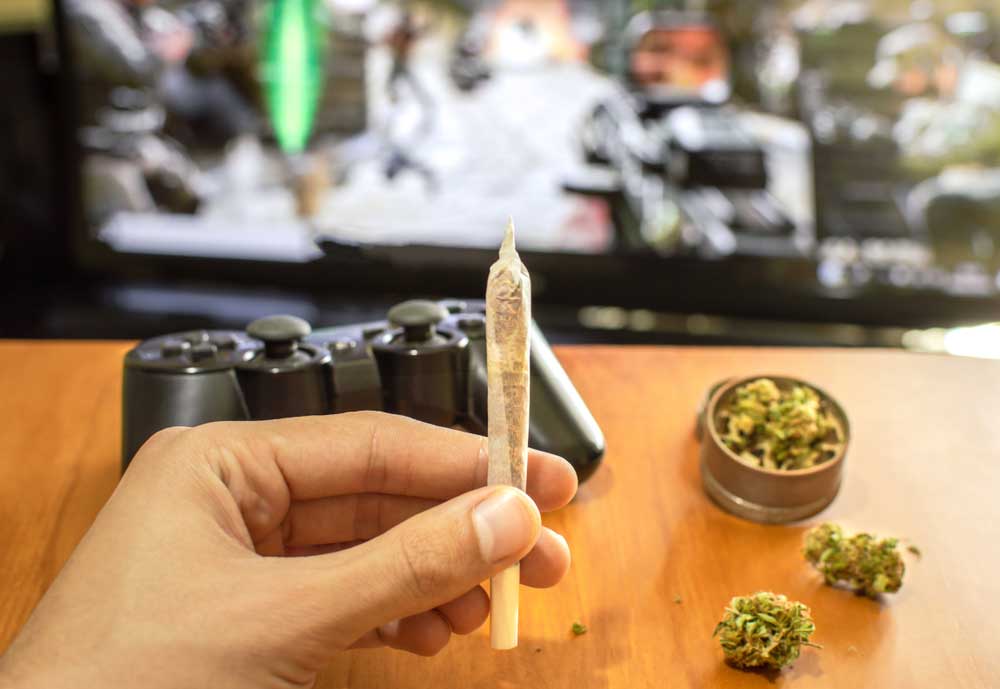 Playing video games stimulate the creativity of the player in the same way that a book stimulates a reader or a movie that stimulates a viewer. If you’re a gamer and you like gaming while high, it is helpful to know which cannabis seeds to grow and will work best for your gaming needs.

Cannabis has always been famous in the gaming community. In fact, some people consider cannabis and gaming as a match made in heaven. We have to keep in mind though that cannabis affects everyone differently and the preferences of the gamers are diverse just like the number of games there is.

Indica or Sativa for Gaming

In order for us to better distinguish if indica or sativa is best for gaming, let’s take a look first at the effects each of the strain gives.

The major qualities of the indica medicinal strain will include increased mental relaxation, muscle relaxation, decreases nausea and acute pain, it also increases appetite and dopamine. Generally, an indica plant is good for night time use.

While the cannabis sativa plant is the opposite of the indica strain since they grow tall, thin and with narrow leaves. They are also generally a lighter shade of green than the indica. The sativa plant will also take a longer time to grow, mature and they also require more light. The medicines that have been produced from cannabis sativa have lower CBD and higher THC counts.

The major qualities of the sativa medicinal strain include being an anti-anxiety and anti-depressant, it treats chronic pain, increases focus and creativity, increases serotonin. It is also recommended to use sativa for day time use.

With this information in mind, we have found out that the sativa strain may be the best cannabis strain to use when gaming. It gives the user increased focus and creativity that is really needed in every game. Some of the games will require a gamer to be more creative in its strategy and focus so that their game lives will not be wasted.

An advantage sativa strain has over the indica strain is that it increases serotonin which is the neurotransmitter involved in the regulation of learning. Learning and other brain functions such as thinking are really essential in making a judgment in gaming situations.

Although it’s a known fact that not all cannabis strain will have the same effect for every individual. You might have to look for the perfect cannabis strain to use when you are in a game. As a rule of thumb, the sativa strain will be a great option if you want added focus, creativity and will also give you an extra uplifted mood or energy so you can easily handle all your gaming endeavors.

Chernobyl is an offspring by crossing Trainwreck and Trinity and pollinated Jack the Ripper. The results of this became phenomenal that caused Chernobyl to earn the distinction of being recognized by the High Times as one of 2010’s Strains of the Year 2010.

This cannabis strain gives the user an uplifting, powerful euphoric and intensely energetic high that is perfectly suited for gaming while high. Chernobyl is also known to melt away anxiety and stress and the effects are coupled with sustained bursts of energy that allows users to game-high for how many hours.

This is becoming the new cannabis trend for gamers. Its parents are Mango and Durban. Durban is known for being a pure sativa landrace that gives a highly stimulating effect that has been clearly passed down to Durban Mango.

After taking the Durban Mango, you should prepare for a slow build of upbeat cerebral effects that are coupled with a body high that won’t make most users feel sleepy or couch-locked. You can expect to feel the effects to last several hours after smoking. This is the perfect cannabis strain to smoke when you’re going to endure gaming for a couple of hours.

This has been consistent in the top ranks of the most popular cannabis strain on the market. It a great, highly versatile cannabis strain and despite being known to be sativa-dominant; it’s known for producing relaxing effects that are similar to indica strains. But it also gives effects and characteristics that are sativa-dominant such as cerebral euphoria, energy, and focus.

This is easy to grow and it produces large yields. Blue Dream is also considered are open-sourced and the cuttings are easy to find. A gamer who uses this will find himself focused on the game and with energy that will help him last with a lot of gaming rounds.

Critical Mass is a nicely balanced indica-leaning strain that users describe to have a lemon cake taste. It has equal amounts of THC and CBD and it produces a well-rounded, mellow body high with mild cerebral effects. Since it has rich CBD content, it will help in melting away anxiety while relaxing the user.

This will not get you too high which makes it ideal for gamers who require a high degree of mental clarity. This works best for games that help ins stimulating minds such as intellectual games. Those who use this while gaming can feel a relaxed state of mind yet still focused on winning the game.

This cannabis strain has always been popular in the gaming community. This is a cross between hybrid Trainwreck Pineapple and Hawaiian landrace sativa. Users will often describe this as a creeper strain that means the effect will emerge slowly. It’s known to give users a sharpened focus on colors and sounds.

This is the ideal strain to be used while playing Grand Theft Auto and Call of Duty. However, it’s also important to know that the THC content can range from the mid-teens to the mid-20s so you have to check the THC before you use this in a game.