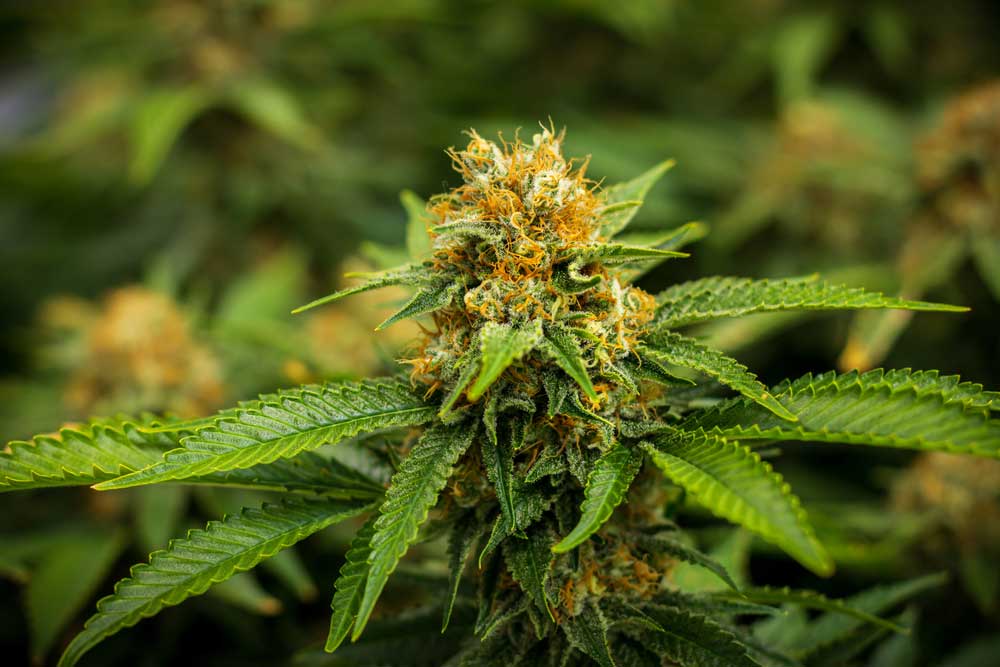 The city of Amsterdam has become one of the symbols of cannabis freedom. Traditions such as coffee shops and Cannabis cup have become the profile of Amsterdam which welcomes a lot of tourists from different parts of the world since there will be no problem in smoking weed in this city. Whether you just want to buy some marijuana seeds to cultivate or want to have some marijuana tasting, the city of Amsterdam is certainly the place to go.

Delahaze is a sativa strain which comes in a typical haze and has an unmistakable citrus twang which usually lasts long after using. This type of haze has been the joy and pride of Paradise Seeds, the breeder that created it. The Amsterdam breeder gained popularity and reputation for a lot of stable genetics found in the market. This type of strain is not different from them.

Users claim that these homogeneous plants can produce higher yields. Delahaze obtained the nickname “the producer” and this still continues until today. You can harvest up to 1000 g per Delahaze when you cultivate it in proper conditions.

Delahaze can help relieve minor pains and aches but this is often used to increase appetite and reduce nausea. Consumers of this strain reported that they had relief from stress, depressions, and anxiety, while some consumers had encountered a psychedelic effect.

This strain can also stretch a lot and have to be supported on its 10 to 11th-week flowering phase. When this strain is grown outdoors, it usually reaches its maturity in November and can have a yield of up to one kg. Their flowers are most likely to have a bud rot and their THC level is usually 18%. Delahaze is usually appropriate for Screen of Green method and can have up to 500g per sq. meter if it is cultivated indoors.

This type of strain is still an instant hit in the city of Amsterdam and it is always in high demand up to this day. The Super Lemon Haze is one of the go-to types of sativa strain for a lot of growers because it has the most recognizable smells and tastes available on the market.

Since this is mostly Sativa, you can usually have a flowering phase of up to 10 weeks. Once cured and harvested, you can have a balanced and powerful high which can be effective in stimulating appetite and relieving pain. This strain is usually associated with Amnesia and Super Silver Haze and it continues to be the best sellers among some of the strains of the great of cannabis.

AK-47 is possibly one of the well-known marijuana strain names all over the world. It is one of the most reliable plants for most of the cultivators. This strain is a sativa dominant and has gained a reputation for having a mellow and relaxing effect from users. This strain is usually bred from serious seeds and has won a lot of Cannabis Cups and awards. It is also renowned for its seriously high level of THC content.

A lot of users love the relaxing effect of this strain to alleviate anxiety and stress. Some users use it for their chronic aches and pains. Insomniacs usually take 1-3 hits of this strain an hour before sleeping to induce relaxation. Users reported having restful nights with this strain.

People who have bipolar disorder, mood disorders, and depression also use this strain to help them regulate and relax their mood. AK-47 is also used to have an increase in appetite and ease vomiting and nausea.

Amnesia Haze or AmHaze is known for its yield, potency, and taste. Because of these, it quickly became one of the legends in the commercial growing scene. This strain was created during the ’90s and continues to have great expectations from different growers.

This type of strain is distinguished by its dense, chunky flowers that reveal a synthesis of sativa and indica bud structures. Although they are tightly-packed, their buds are usually more comical and tapered than round. Their buds have a yellow to greenish tint depending on the way they are cured. They have rust-colored pistils so their flowers can catch pollen from male cannabis plants.

This type of strain can be found from different breeders with different ratios. Jack Herer is 60% sativa and like its breeder, it has already won a lot of awards and cannabis cups compared to Emperor Hemp himself. To produce a Jack Herer, a haze with red skunk phenotype is crossed and can produce great yields both outdoors and indoors. It is popularly known on the market and is loved by a lot of smokers for having a strong effect on the mind and body along with a lot of medicinal benefits like relieving pain and stimulating the appetite.

Most cannabis products that are sold in Amsterdam coffeeshops are usually strong and can easily get you knocked out.

If you still do not know what to buy, you may start off with a Sativa strain which can give a more uplifting high. If you have other things to do during your stay in the city other than being stoned, you can also go for Indica but this is a lot stronger.

Generally, shops that are located centrally are spoiled from long tourism stream which then becomes quite greedy. Because of this, their products are usually not high quality and they offer a higher price than other parts of the city. The more you move out from the center, the more the price of the strains are getting lower. The shops also offer a better quality of strains and have a better-relaxed atmosphere. It can be a good idea to ask the locals some of the places to buy weed and what to buy. Always trust the locals because they definitely know better.

You can either buy joints that have tobacco and cannabis or pure joints but this can be rare to find. Pure joints usually cost higher. It is always good to know what to buy and make sure you do not go for pre-rolled joints. This is because their content is usually not what it is supposed to be. Although you can smoke weeds in the coffeeshops, you are not allowed to use normal tobacco cigarettes. That is why you do not usually see people using tobacco in public areas of Amsterdam.