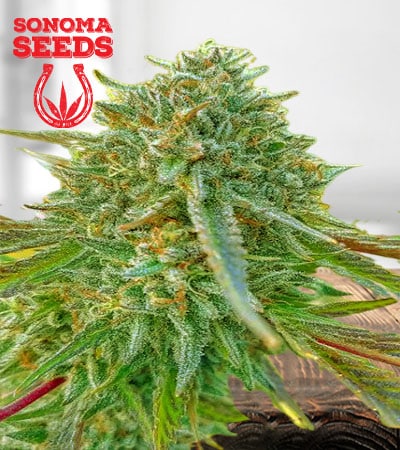 Bubba Kush Feminized is a long-lasting Indica marijuana variety. As earthy and sweet flavors trigger deep waves of full-body stone, you’ll lose track of time. This easy-to-grow strain helps to alleviate pain and sleeplessness. After 9 weeks of flowering, bushy plants grow dense, sticky buds. Bubba Kush feminized seeds are also a great addition to your greenhouse, offering a variety of benefits that will appeal to both recreational and medical marijuana consumers. Bubba Kush is a good choice if you’re looking for a high-yielding strain with low-to-moderate cultivation requirements.

What are the Flavors and Effects of Bubba Kush Feminized?

Bubba Kush feminized marijuana strain has a distinct fragrance. It isn’t for nothing that the word “it smells like Bubba” is used. When we say that, we’re talking about a mixture of gasoline and earthy fragrances, with traces of coffee, spices, and citrus; some amazing touches that can also be found in her exceptional taste. The smoke is just as delightful as it is thick and smooth. This strain’s effect is best characterized as a calming, all-over high. It’ll keep you glued to your bed for hours, allowing your mind to wander as you savor the delicious earthy flavors of feminized Bubba Kush. There is nothing about this plant that you don’t like, from the scent to the aftertaste.

What are the Medical Benefits of Bubba Kush Feminized?

This strain also has therapeutic qualities. Bubba Kush is a common medical marijuana strain used to treat a variety of pains and insomnia. This strain’s well-known body buzz never fails to calm both the mind and the body.

Negative Effects You Can Expect from Bubba Kush Feminized

Consumption of the Bubba Kush feminized marijuana strain may lead to slight discomforts as such in most marijuana strains. Users can expect cottonmouth or dry mouth but this can be easily alleviated by increasing fluid intake before, during, and after the smoking session. Dry eyes are also pretty common and can be relieved by using over-the-counter eye drops. Overindulging may lead to more serious side effects like slight anxiety, paranoia, and dizziness. However, the dizzy spells eventually go away once the smoker gets used to the potency and the effects of the Bubba Kush feminized marijuana strain. Smokers are advised to consume the strain in low doses and to wait for the high to kick in before taking another hit.

Bubba Kush feminized seeds, as a member of the Kush family, are one of the most well-known strains available today. This easy-to-grow variety thrives both indoors and outdoors, flowering in just 9 weeks on average. This Indica produces large, thick, and sticky buds on bushy plants. The Bubba Kush feminized marijuana strain has a THC content of 17.79 percent and a CBD content of 1.20 percent. This cross of Bubble Gum and Original Kush will produce yields of up to 500 grams indoors and 300 grams outdoors. Because of these huge numbers, it’s a must-have in any yard. Since the strain produces extremely large leaves, regular pruning and trimming may be beneficial to the plant to encourage proper airflow and light flow which in turn prevents mold and mildew growth. The strain is ready for harvest during October.