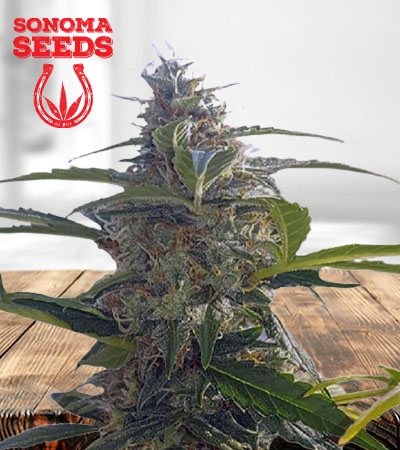 Headband is an indica-dominant hybrid strain created by crossing two forceful and legendary strains, namely, OG Kush and Sour Diesel – which basically paved a way for other cannabis variants as well. This modification of the Headband strain is of autoflowering genetics, which means that it no longer needs photoperiod lighting schedules for its to flower through. Headband is arguably one of the more popular strains that you can find in the marijuana market, especially on the West Coast. It has become an exceptionally in-demand strain all because of its cerebral effects that are mentally stimulating while creating a pleasurable pressure in the forehead, resembling a headband. Its THC level is extremely potent at 20%-27%, placing itself as one of the most powerful strains ever produced. At the onset, Headband delivers a thunderous combo of creativity and euphoria. However, its indica heritage is strong enough to cause a spacey feeling along with lethargy and complete full-bodied relaxation. Thus, the body-focused effects of Headband are an ideal choice for treating chronic pain, anxiety, muscle spasms, migraines, and several mood disorders.

What are the Flavors and Effects of Headband Autoflower?

You can expect Headband to just have similar flavors and aroma. It has a distinctly sweet and pungent aroma that is undeniably fragrant in its own way as it fills in the room. You can also notice some hints of diesel along with a few earthy notes. Meanwhile, its flavors are surprisingly but pleasantly odd. Headband is famed for the lemon flavor its releases, however, it is its creamy undertone that sets it apart from the rest. As the smoke lingers in your mouth, it leaves some tangy but earthy residues on the lips mixed with a spike of freshly picked lavenders. The total combination of Headband’s flavor and aroma is what completes the entire experience of consuming this strain.

Headband is famed for being a predominantly indica strain. Because of this, the usual physical high can be anticipated. Regular patrons of Headband have described its effects to be extremely relaxing to the point it makes you feel like being wrapped in a fluffy blanket. This strain is named after how it essentially creates a warm sensation across the forehead, thus acting like a headband. The kind of mental stimulation that Headband offers is quite unique as it makes you feel like floating in the clouds while being soothing and calming at the same time. Apart from the physical buzz that it brings to the table, Headband also encourages creativity and inspiration to further ideas. Overall, the uplifting experience brought upon by Headband is what makes it a strain worthy of its popularity.

What are the Medical Benefits of Headband Autoflower?

Headband is not only an exceptional strain in terms of its recreational perks, but it also has something to boast when it comes to its therapeutic benefits. This strain is considered to be a multi-faceted medicinal aid as it can treat a wide array of medical issues ranging from mental conditions such as depression, ADD, ADHD, and anxiety, to being an ultimate relaxant and painkiller. Being an indica strain, it has inherent anti-inflammatory properties that are most effective in remedying chronic pain and migraines, while its tranquilizing effects can help those suffering from insomnia.

Negative Effects You Can Expect from Headband Autoflower

Headband has a strong indica presence and when taken in large amounts can take you to a couch-lock. In some cases, it can cause you slightly paranoid because at times Headband can make you feel a little paralyzed and incapable of moving. Occasionally, by taking Headband you will feel dizzy which is quite common among indica strains. Sometimes this strain will make you feel dehydrated which creates the mixed sensations of feeling like your mouth and eyes are dry.

Headband is suitable to grow either indoors or outdoors and can truly flourish if taken care of properly and being grown in the right conditions, making it fairly easy for novice or experienced growers to grow. This strain needs to be avoided from being under too much rain and be well sheltered most especially if grown in wet climates because it prefers to be grown in a sunny warm climate. Giving close attention to the humidity level of this plant’s environment is a must, making sure there is no frost sighted to ensure the best health for this tree.

It takes about 9 to 10 weeks under the best conditions for this plant to flower and an estimated average of 18 ounces per square meter can yield if it is grown indoors. While growing it outdoors will give you a yield with an estimation of 21 ounces per plant. Around the middle of October is considered the best time for this indica strain to harvest in a year.