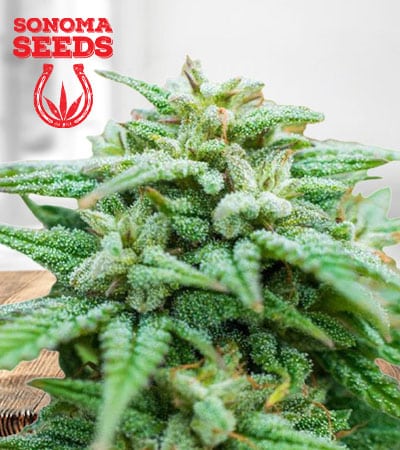 The Rock Candy strain is characterized by a clear, translucent, and euphoric head high. It is a cross between Tahoe Alien and Sour Dubble. Oversized, lumpy, and littered neon-green nugs with orange hair define this strain. The nugs are covered in a resin that is both oily and sweet. The taste of the Rock Candy is a combination of diesel, fruit, and sour, and it fits well here. It’s just smoke, but it hits the lungs hard. Patients with anxiety, insomnia, fibromyalgia, fatigue, nausea, muscle spasms, and arthritis can benefit from Rock Candy fem and have the ability to entice you to consume it.

What are the Aroma, Flavor, and Effects of Rock Candy Feminized?

Its smell lingers on the palate, but it’s too much for me. Most people like it because of the soft and citrusy lemon blend that makes it an authentic taste delight. The Rock Candy makes a compelling mental case, and the results can take a long time to show. The first symptom is tension around the temples, which is followed by increased brain activity. Consumers can become more intensely perceptive to input or external stimuli that appear uninteresting at first. Smokers who adapt to their altered state may complete simple tasks or even solve complex problems. The indica side of Rock Candy eventually emerges as stronger soothing waves travel from the neck and break across the heart and limbs.

What are the Medical Benefits of Rock Candy Feminized?

The Rock Candy, like other strains, has a high CBD content. Unfortunately, being a good treatment for those with seizures or epilepsy is still too bad. Other medical marijuana patients would also benefit.

It’s usual for users to fall asleep before the body has completely recovered from the effects. His most common medical use is to induce drowsiness and sleep in insomniacs. Alien Rock Candy can also help people relax by combining its uplifting power with a relaxing physical body. Stress and other mental illnesses, such as PTSD, may be helpful in some situations. Because of its sedative-like effects, it also assists in the relief of mild pain and aches.

Effects You Can Expect from Rock Candy Feminized

Consumption of Rock Candy is expected to have a few harmful implications. Consumers experience dry mouth and eyes, as they do with many other strains. While some strains are easy to handle, others aren’t. Alien Rock Candy is located in the middle, where it can make some people suspicious. Others will assume that tiredness is only temporary. As previously mentioned, the potency of this strain should never be underestimated. Overuse is a common cause of anxiety and drowsiness. There are, of course, people who have even lower levels of resistance.

The Rock Candy is a marijuana strain that is simple to cultivate. It also appears to be resistant to insects and molds. She will, however, need a great deal of attention, just like any other plant. If cultivators decide to plant it outside, it will flourish in a Mediterranean climate. Though outdoor planting is fantastic, most people do not have the resources to do so. The good news is that it grows well indoors and mainly when using the SOG method and hydroponics.

Rock Candy, like most Indica strains, has a relatively short flowering time. Hydroponics can also help with this. Producers should expect up to 18 ounces of yield per square meter in 7 weeks. Growers are fortunate to have a garden in which to grow. Indoor gardening, as we all know, can be costly. In any case, by mid-September, every Rock Candy plant should be able to produce about 18 ounces.

Be the first to review “Rock Candy Feminized Marijuana Seeds”