Does Indica Make You Laugh: The Answer Will Make You Giggle 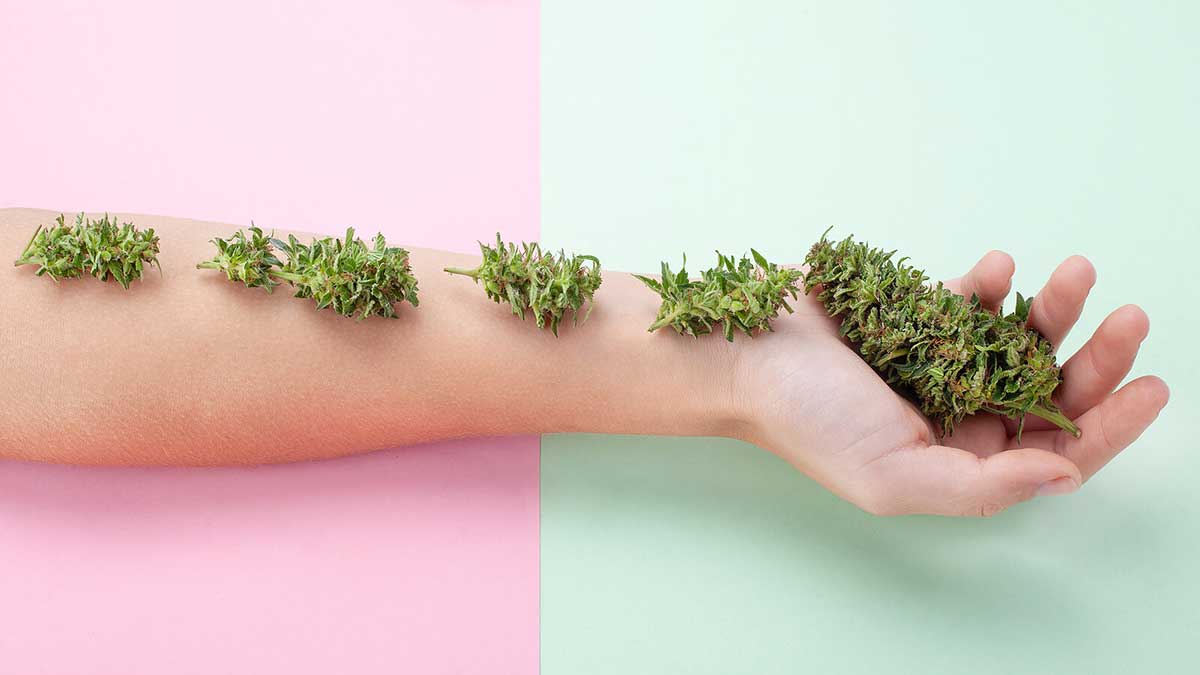 How does cannabis Indica make you laugh? One of the good things cannabis can bring to someone is the state of joy and laughter.

For people not new with marijuana, they have probably noticed a sudden change in their sense of humor when they get high. When this happens, everything seems to be funny and even the most unremarkable things can coax them to giggle.

Laughter is a natural reaction that our body does to stimuli an individual’s perception of something being funny. This physical response of laughter is based on images, sounds or physical sensations and many more. The cannabinoids like THC found in cannabis plants can reduce negative stimuli in our body. Thus, resulting in someone to easily get loose and laugh. Read further to understand the reasons how cannabis Indica makes you laugh.

What is Cannabis Indica?

Cannabis also called marijuana can be classified into several strains and one of which is the Indica species. Cannabis Indica typically has a higher level of THC compared to CBD.

When someone becomes high after smoking or ingesting cannabis, it causes temporary changes in an individual’s perception of the world. This is why sometimes they may laugh uncontrollably. Below are some of the Indica strains to choose when you just want to have a good time and laugh with friends.

Kosher Kush strain is a perfect contemporary Indica hybrid that usually contains up to 22 percent THC. Kosher Kush strain tends to make someone sleepy or cause a deep body relaxation while having the sensation of euphoria.

Mango Kush is an Indica-dominant strain which typically contains up to 16 percent THC. This strain with an amazing mango taste will surely leave your energy levels intact as well as keep your buzz relaxed and upbeat.

Blackberry Kush is an Indica known for its features of purple coloration as well as tangy and fruity zing flavor. This strain has a strong effect that can make people feel like they have been transported to an extraordinary realm full of possibilities.

The purple elephant is a strain from Indica species with a strong THC content of up to 25 percent. This strain is believed to have originated from Purple Urkle which is considered of the most popular Indica strains available.

This strain is a potent Indica-leaning hybrid of Girl Scout Cookies and Cherry Pie. Sunset Sherbet is known to induce extreme relaxing effects and uplifting cerebral buzz almost immediately upon inhaling for the first time that could last for hours.

Cannabis Effects on the Brain

Cannabis plants contain hundreds of cannabinoids which are chemical compounds that act on receptors throughout our brain. THC is responsible for most of marijuana’s effects, particularly the euphoric high.

As per the National Institute on Drug Abuse in the U.S., anandamide an example of endogenous cannabinoids functions as a neurotransmitter. This chemical can affect certain brain areas that control pleasure, memory, thinking, concentration, movement, coordination, as well as sensory and time perception. Tetrahydrocannabinol (THC) is a cannabinoid found in cannabis plants with a structure that is similar to the brain chemical anandamide. THC can also attach to molecules called cannabinoid receptors on neurons in brain areas and activate.

Cannabis affects the mood of someone by influencing the endocannabinoid system in our body and brain. When you smoke or consume cannabis, cannabinoid chemicals engage certain cell receptors that result in numerous chemical reactions within the body and brain. The endocannabinoid system also influences several neurotransmitters, the chemical messengers that facilitate communication between brain cells. Cannabinoids affect the secretion of both dopamine and serotonin. These neurotransmitters are responsible for the elevated mood and positivism we feel when intoxicated by marijuana.

Cannabis does not only make someone experience so much laughter simply by just being high. It is also mainly because of the multiple ways the cannabinoid, a cannabis compound interact with the boy and brain.

Aside from causing happiness or laughter, cannabis can also reduce the individual’s sensitivity towards negativity. Based on a study by the Journal of European Neuropsychopharmacology, it indicates that men who are high in cannabis were less likely to be affected by negative stimuli rather that they were affected by positive ones.

After the THC is absorbed in our bloodstreams and travel to our brains, it causes a decreased for stimuli with a negative but not for stimuli with positive emotional content. The result of the study suggests that cannabis makes us more inclined to positive thinking even when being exposed to negativity.

Detached Perspective under the Influence of Cannabis

Do you ever experienced a sudden occurrence of creativity or felt as if everything seems to be funny while under the influence of marijuana? The detached perspective also called the divergent thinking happens when cannabinoids trigger heightened activity in the right hemisphere of your brain. This region in the brain is responsible for various cognitive processes such as comprehending complicated metaphors and poetry take place.

The effects of cannabis can make us interpret our surroundings and experiences differently than we normally would, thus encouraging us to see the world in a very outlandish way. This phenomenon allows people to view reality in a different light, usually with a humorous spin on things.

Why laughter is good for you?

Laughter is no doubt the best medicine for all. It provides lots of health benefits such as reducing the release of stress hormones, improving the mood as well as enhancing creativity, etc. This is also the reason why many people choose to consume cannabis because it makes people experience a euphoric effect that makes them feel good and laugh. Let’s check out some of the short and long term benefits from laughing.

If you have ever experienced being high or seen someone high you surely know that laughter can easily come to a stoned mind. We all know that cannabis can bring different kinds of impact on our mind that even science can only provide us indefinite data. Some can only speculate the limit that cannabis can bring to people. No matter the reason as to why or how cannabis makes someone laugh it is something that makes consuming cannabis worth it.