Marijuana Growing Quick Tip: How to Tell when Autoflower is Flowering? 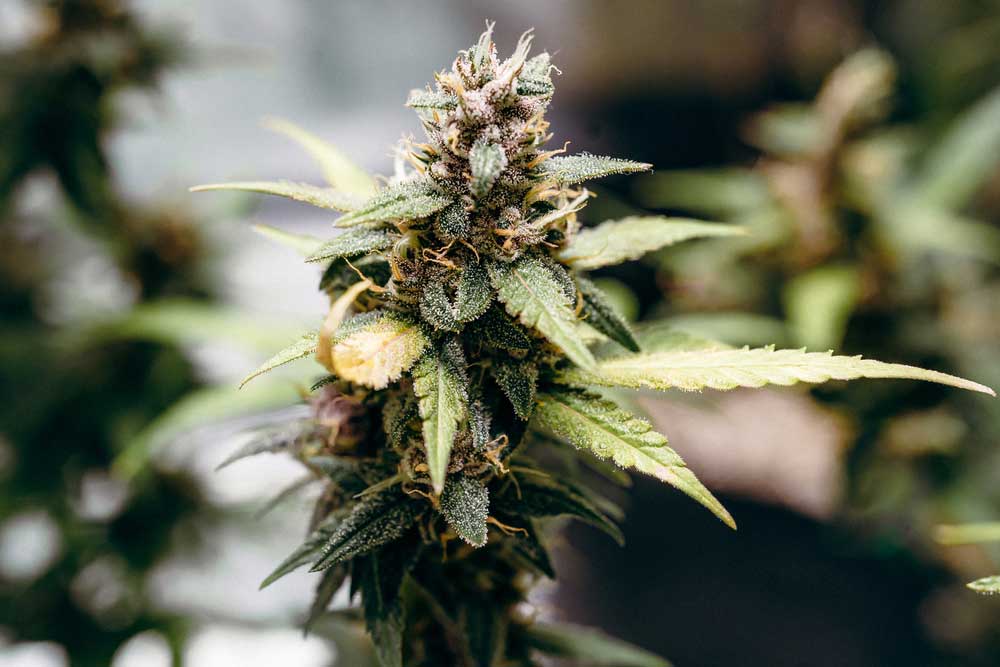 Autoflowering marijuana plants can be a challenge if this is your first time. Considering its growing patterns and methods, it can be quite tricky if you know little about how they work. This cannabis type is famous among growers and breeders because of the quality and amount of the buds they produce. More than just the advantages they deliver, autoflower will boost your curiosity in marijuana cultivation, especially if this is your first time.

It seems that you’re still at the testing the waters stage in growing autoflower marijuana plants by the look of it. There’s no need to worry because we’ve got all your queries covered. We’ll help you in answering how to tell when autoflower is flowering. From the signs that appear in your autoflower seeds that you have to look out for, as well as how to stimulate your autoflower plant; everything is discussed to further accompany you during the process of cultivation.

What are the Signs to Look Out For?

Once the autoflower reaches the flowering stage, buds already start to form. They come in different shapes, sizes, and colors depending on the marijuana strain you’re trying to grow. The green pistils grow first, followed by the leafy calyx.

Autoflower plants produce calyxes that soon blooms into buds. The shape is often similar to spades, and once they open, it produces numerous buds that you can harvest once they are ready. The size is relatively small at first, which grows bigger as the autoflower plant begins to mature.

Resin is a sticky compound produced by plants to serve as protection against predators and pests. They contain the cannabinoid contents which define the potency and taste of the marijuana smoke. The amount of resin produced delivers a subtly sweet taste that most marijuana consumers fancy.

The appearance of resin is dripping from the tiny crystal hairs the bud produced. These are called trichomes. Resin holds together the trichomes considering its sticky texture. Trichomes also contain terpenes, cannabinoids, and other compounds that constitute the potency of marijuana strains.

Once the autoflower marijuana plant begins to produce resins and trichomes, this is a sign that the plant is ready to flower. Trichomes, resin, and pistils produce first than the bud itself, for they serve as covering and protection for the bud itself.

As the autoflower marijuana plant starts to mature, they require fewer amounts of nutrients. Overfeeding them can stop or slow down the flowering of the marijuana plant. It would be best to follow the ratio of Nitrogen, Phosphorus, and Potassium. This will give you an idea about the right amounts to feed.

Low nutrients required doesn’t necessarily mean that you shouldn’t feed them at all. Just ensure that they have the right amount that they need enough for them to flower. Always check the texture of the soil if they remain airy and light.

Another sign that will tell you that your autoflower marijuana plant is reaching its maturity stage is when the pistils start to turn brown. Pistils are the female plant sex organ. Some call them marijuana hair, whose length is relatively short.

These hairs start from a calyx and will later on bloom as a female flower. Pistils can also be called as stigmas. Pollination takes place when a male cannabis plant comes into contact with the pistils.

Leaves Switch from Green to Yellow

The leaves of marijuana often come flat and wide or flat and long, depending on the cannabis type. Cannabis sativa strains produce flat and wide leaves that create a canopy. On the other hand, cannabis indica produces flat and long leaves, considering that their growth takes more vertical than horizontal space.

Once these leaves start to change color, from green, they will turn yellow in the stage of maturity. Just imagine a regular leaf drying, turning their colors from green to yellow to brown. This is a good sign that the day of harvest is already near.

Since you already know that the growth is already at its peak, bear in mind that you have to lower the water intake of the autoflowering plant. Do not water them on schedule but water them when they need it the most. Every two to three days is what we highly suggest.

On average, the flowering time of autoflower marijuana plants is relatively short. They can thrive beautifully in around six to eight weeks but nothing more than that. Take photos for documentation so you can observe how much they have grown in the first ten days. Keeping track of their growing days will help you identify that they are already ready to flower.

Do not pressure the plant by overfeeding or overwatering with the idea that they will flower faster. These practices can slow down its growth or, worse, lead to the plant’s death instead. This is not an ordinary plant. Cannabis is way different when it comes to growing. Let it flower once it’s ready.

How Can You Stimulate the Flowering of Autoflowering Marijuana?

Stimulating the autoflower marijuana plant is different from pressuring them to flower at a faster pace. Since they have shorter flowering time, in some cases, even when they are all ready for harvest, the plant itself is not yet mature. This section will help you identify ways on how to boost the health and quality of your autoflowering marijuana plant.

Boosters or stimulators are known to help the marijuana plant during its flowering stage. They take part in allowing the autoflower marijuana plant to enhance the process, increasing its tendency to flower. From the quality to the production, these boosters have their way of maintaining their health.

Fertilizers are essential during the autoflower marijuana plant’s growth. They are often rich in N-P-P or Nitrogen, Potassium, and Phosphorus that comes with a ratio preventing overfeeding or underfeeding marijuana plants.

Marijuana plants, in general, prefer organic fertilizers because there are cases that inorganic fertilizers cause more harm than good. These are usually used to nourish the soil that will help to strengthen the root system of the plant that will further develop enough to bloom the flowers.

Boosters are known as stimulators too. These are like vitamins for humans that help in maintaining the health, welfare, and growth of the marijuana plant. They also serve as protection in case of infestation of molds, mildews, and pests in the soil and on the plant itself. Boosters help the autoflower marijuana plant in producing more flowers without harming their health. They stimulate and promote the growing activities that will further improve the flowering stage.

The growth of marijuana plants requires a bacterial life to promote its development. Fungi and bacteria are known as substrates. When consumed in high ratios, they make high yields of buds possible. This is because of the built protection against unwanted attacks of pests. As they undergo the growing phase with fungi and bacteria, they produce denser and bigger bud production.

How to Improve Bud Production?

The most appropriate way of improving bud production without compromising the quality is through formulating nutrients by combining boosters, fertilizers, and fungi and bacteria every time they are watered.

The more you give the autoflower marijuana plant what they need, the higher the possibilities of them producing high-quality buds with minimal deficiencies that can lead to reduced quantity in crops. Besides, combining these nutrients is not rocket science. You can do it even without the help of experienced growers.

The best tip to give you is to adjust the amounts of fertilizers and boosters every cycle. This is like training them from the beginning of the growing period up until they are ready for harvest. As time goes by, you can observe that they demand less of the nutrients and water, which means that they have to undergo the flushing technique.

In conclusion, how to tell when autoflower is flowering is quite simple. They are visual. All the changes are visible even without the use of a microscope. You just have to watch out for color changes, bud and resin production, as well as the changes of the pistils’ color.