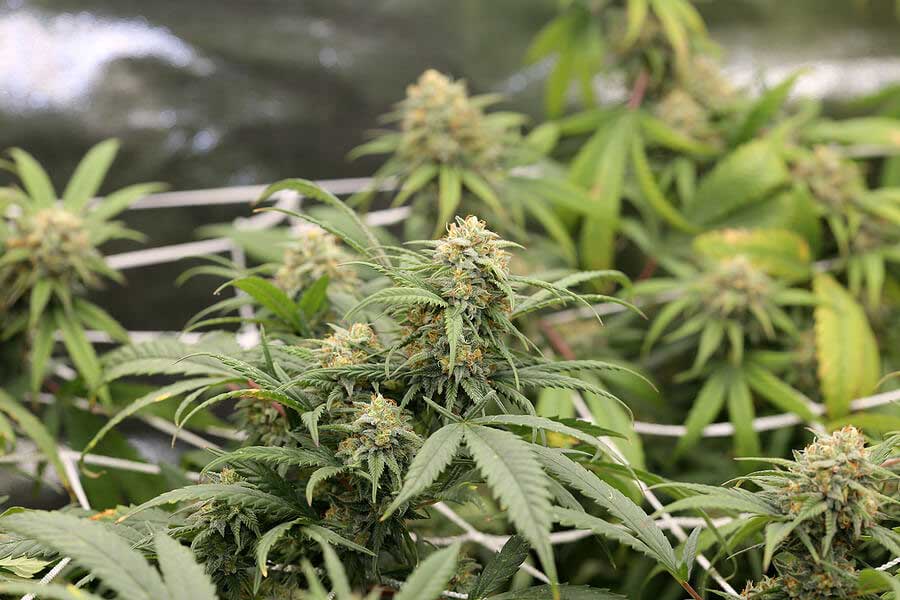 CBD or Cannabidiol is one of the many cannabinoids produced by a cannabis plant. There are over 100 cannabinoids found in the Cannabis plant and we are just beginning to scratch the surface. For now, there is much focus on the study of CBD and THC cannabinoids. CBD and THC are the two most well-known compounds related to cannabis. You will always see these terms used in books explaining how the cannabis plant is used and how it works.

The main difference between the two is that CBD does not have the psychoactive effects found in THC but has mental, physical and therapeutic benefits to the human body. Because of these initial findings, There has been an increased interest in the medical community to study the cannabis plant more thoroughly.

CBD does not stimulate our bodies Cannabinoid Receptors namely CB1 and CB2 thus it does not give us the feeling of getting “high” like what THC does. CBD, instead, works with the proteins found in our brain and nervous system responsible for regulating our body’s cell activities. CBD acts as an antagonist on CB1 and CB2 where it acts as a blocker for the effects of THC thereby lessening the “high” that certain marijuana strains provide. For consumers, look for strains with low CBD content because they give a better high. CBD or Cannabidiol is activated when the plant is heated in a process called decarboxylation. The original compound is called CBDA or Cannabidioloc-acid.

Hemp is a cannabis plant that produces high levels of CBD (Cannabidiol) and very low levels of THC. CBD acquired or extracted from Hemp has been legalized because of the approval of the Farm Bill back in 2018. It was in this Farm Bill of 2018 that Hemp was excluded from the list of Schedule I drug in the United States.

Marijuana is also a cannabis plant but unlike Hemp, it produces very high levels of THC. CBD made from Marijuana is still considered by CSA as a compound that can be abused because of the presence of high THC levels in the marijuana plant. As mentioned earlier, THC is the cannabinoid compound responsible for giving us the “high” feeling.

The THC levels in Marijuana goes as high as 30 percent. With this level of concentration, Marijuana-derived CBD can make a person feel “stoned” or “high”. This psychoactive effect brought about by THC is the main factor attributing to the public’s weariness with the marijuana plant and its products. It is worth noting that the effect of marijuana-derived CBD oil is less intense than consuming marijuana strains. This is because CBD acts as a blocker for the effects of THC.

Under federal law, marijuana is still considered illegal. This goes to say that any resulting products derived and created from marijuana is considered illegal and is a federal offense. You can be prosecuted should you be caught in possession of such products and this includes marijuana seeds and even marijuana-derived CBD oil. Marijuana-derived CBD can normally be found at dispensaries where marijuana has been legalized such as Alaska, California, Colorado, Maine, Massachusetts, Michigan, Nevada, Oregon, Vermont, Washington, and Illinois.

Hemp CBD, on the other hand, contains only trace amounts of THC which are barely detectable at 0.3 percent. This level of THC will not get anyone stoned or have the feeling of being “high”. This resulted in the exclusion of the Hemp plant from the list of Schedule I drugs. In effect, CBD products derived from Hemp has been legalized in most states in America.

CBD Use in History: Cannabis and Hemp

The benefits of the cannabis plant are undoubtedly immense. Does it not make you wonder why it was made illegal making it hard for everyone to study? Let us check on its history.

It is not widely known that it was in China where it was first reported that Hemp or Cannabis has its medicinal benefits. This was way back in 2900 BC. A Chinese emperor by the name of Shen Yeng believed that Hemp or Cannabis can cure many ailments. He even wrote a book entitled Pen Ts’au. It was in this book where he first recorded observations of the cannabis plants therapeutic powers. Emperor Shen Yeng believed in its capabilities so much that he drinks tea made from the cannabis plant.

When the Romans started to expand their reach and set out to look for land, their mission brought them to Asia. It was there that they discovered the existence of the cannabis plant and saw that it can be found everywhere in Asia.  A Greek physician named Pedacius Dioscorides decided to study the plant further and wrote down all his findings in a book called Materia Medica.

With the discovery of the plant by the Romans and the noted medicinal benefits acquired from it, the cultivation spread throughout the entire world including Egypt and much of Africa. In the 1500s, growing hemp was mandatory for farmers in England. Not doing so will have a corresponding fine. The same was implemented in the Americas in the year 1619. Aside from its medicinal properties, colonial America also discovered that Hemp can be used to make rope, clothing and other materials. For many years, Hemp and Cannabis continued to be widely used for medicinal purposes as well as for textiles.

In the 1930s, there was a massive discussion lead by the Federal Bureau of Narcotics questioning the use of the Cannabis plant. This eventually leads to the plant to be considered illegal through the Marijuana Tax Act of 1937.

In the present time, many are now fighting to legalize it. Let us hope that soon, researchers will now be able to have conclusive proof of the medicinal benefits offered to the human mind and body by the cannabis plant.

CBD, either it comes from Hemp or Marijuana are being studied to find proof to conclusively claim that cannabis plants have the following effects on the human mind and body.

Antipsychotic properties – cannabis plants can manage the symptoms of schizophrenia

Marijuana CBD vs Hemp CBD does not have any difference when it comes to the medical benefits it offers to the human body. The only difference products are the psychoactive effects brought about by marijuana-derived CBD strains products caused by THC.