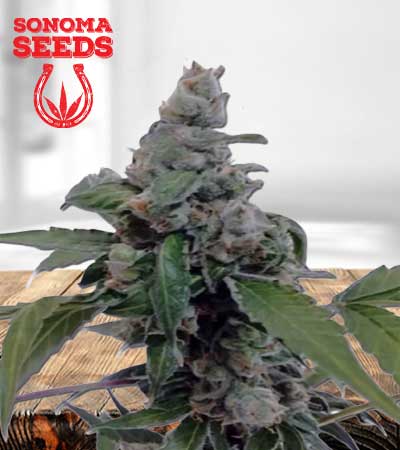 Aurora cannabis is the offspring of Afghan and Northern Lights strains. Aurora marijuana seeds, like Northern Lights, are a strong strain for soothing the mind and making you feel at ease. Since it is slow and takes several minutes to introduce, this strain has the same characteristics as other Indicas.

The Aurora strain is a heavy Indica hybrid, as its name suggests. Its parents are both known for creating a strong sedating body high. This latest strain, however, does not have the same potency as the others. However, bear in mind that it is still capable of overwhelming unsuspecting users. This strain is already known to be very powerful as it is.

What are the Flavor and Effects of Aurora Autoflowering?

Not to be outshined, the Aurora Indica strain has a delightful flavor. It has a distinct chemical, sweet, and spicy tone that serves as a foundation for the distinct pinewood flavors.

The stresses in the body are relieved by a wave of relaxing sensations. It helps to instill a sense of peace and elevation in the listener. Users begin to be satisfied even though others are euphoric. Users are absolutely relaxed as the magical effects dance around their bodies and minds. The majority of people are stoned without notice. After waking, what happened after waking is not unusual for people to realize when they were lost in their thoughts and dreamy state.

What are the Medical Benefits of Aurora Autoflowering?

Great strains are beneficial to more than just recreational consumers. It could also favor medical marijuana patients. The Aurora strain does not disappoint in this regard. Muscle spasms and pain relief are two of the most common uses for patients. Additionally, its sedative effect calms an individual, allowing it to assist people in releasing tension. As a result, the strain can treat several mental illnesses, including depression. Most users eventually fall asleep until the effects of the drug wear off. Without a doubt, this will benefit people who are having trouble sleeping well. Insomniacs, in particular, can benefit from the Aurora.

Negative Effects You Can Expect from Aurora Autoflowering

The absence of negative reactions is one of the characteristics that distinguish the Aurora strain from others. Of course, since it’s a weed, it’ll leave you with a dry mouth and eyes. This is a list of conditions that users can find in any cannabis. Additionally, some people can experience paranoia after using it. It usually happens when marijuana users abuse the drug. Apart from that, there isn’t anything to be worried about.

How to Grow Aurora Autoflowering?

Aurora Autoflowering is a small plant that grows to be about 3 to 3-1/2 feet tall. With lateral side branches, it appears to grow bushier. Growers should expect larger and heavier buds as a result. It would benefit from as much sunlight as possible if grown outside. Meanwhile, when grown indoors, it thrives in both soil and hydroponics. Growers should use the Screen of Green training system as soon as possible.

In 9 to 11 weeks, this marijuana plant will begin to bloom. When fully mature, each square meter will yield 400-500 grams of buds. As long as the plant is kept in a warm, sunny location, it should begin flowering by the end of September or October. It doesn’t have a strong odor, and since it grows short, it’s hard to spot on the street. This is useful to know in case the privacy is a problem. In either case, each plant will yield 14 ounces once it reaches maturity.