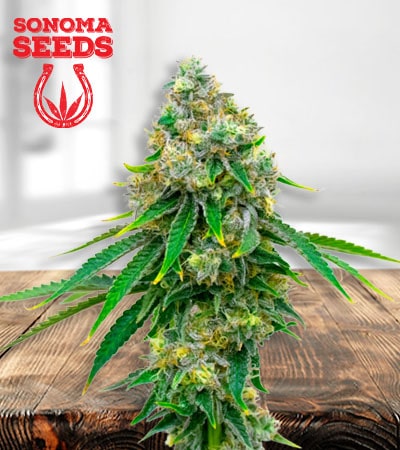 Critical Mass is a feminized indica hybrid strain that grows very tall and will produce generous yields. Because of these qualities, it is not a beginner strain. It has a high CBD content at 2.6% with yields up to 750 grams per plant. Buds will have delicious citrusy, sweet, pungent and skunk flavors for you to enjoy.

The Critical Mass is an Indica-dominant strain that offers a complete relaxing state while enhancing the overall mood. It is best when taken during a stressful day. The flavor and aroma profiles perfectly balances in the palate, which makes it one of the most sought out marijuana strains in terms of flavors.

In addition, growing this is fairly simple and can be done even by novice cultivators. Using the feminized version of its seeds results in a more optimized cultivation process. Male plants do not produce weed, which is why normally they are segregated from the females. On the other hand, this is not the case for feminized seeds as all plants are 99.99% fertile. Growers will also be able to save more resources like money, time, and effort.

What are the Flavor and Effects of Critical Mass Feminized?

Once this strain is lit, a combination of skunky, citrus, and sweet aromas fill the room with hints of honey and some earthy undertones. As the smoke fills in the palate, sweet flavors become more prominent. To balance it out, subtle hints of citrus and skunky notes are mixed. On exhale, the sweet and earthy notes remain for a little while. Even first timers will love the taste of this strain.

Leaning heavily on the Indica side, this strain provides a total tranquil experience but does not induce a state of couch-lock as it is neutralized by the Sativa effects. The Critical Mass is suitable when used before bed time or at the end of a tiring day due to its relaxing effect. Throughout the high, smokers will feel more euphoric and in a brighter mood while being giggly and chatty. Consuming this with friends can definitely make it more fun. By the end of the high, the body feels more relaxed that leads to a deep sleep.

What are the Medical Benefits of Critical Mass Feminized?

The Critical Mass strain has numerous advantages and one of these is its contributions to the medical community. The mood-enhancing components mixed with the overall calming effect can help clear out the constant worries and gloomy thoughts that individuals with depression, PTSD, anxiety, and other mental conditions are experiencing on a daily basis. The sedative properties can also be used as an alternative to sleeping pills for those who have sleeping disorders such as insomnia.

Its anti-inflammatory properties can reduce swelling and chronic pains caused by conditions like migraines, menstrual cramps, and arthritis. In addition, this strain can also loosen muscle tensions.

Negative Effects You Can Expect from Critical Mass Feminized

Despite the benefits that marijuana offers, it still entails some adverse effects. The typical conditions that arise are dry mouth and dry eyes, which can result in irritations. However, fortunately, this can be alleviated by drinking lots of liquids before a session.

In addition, as the Critical Mass contains a THC level of about 21%, it is not recommended to take excessive amounts especially, for smokers with a low tolerance as it can lead to serious harms such as headache, nausea, paranoia, and even heightened anxiety.

How to Grow Critical Mass Feminized

The Critical Mass is an easy to grow plant and can produce a high yield of about 300 grams to 400 grams per square meter. This medium-sized plant can grow around 3 to 4 feet. Its branches are quite sturdy, which is an attribute of an Indica-dominant plant. However, support is still needed as the heavy and huge buds might snap the branches.

When growing indoors, the Critical Mass flowers for about 42 to 56 weeks whereas, an outdoor cultivation can be reaped during the month of September. One thing to note when in an outdoor setting is that this plant prefers the Mediterranean-like climate.