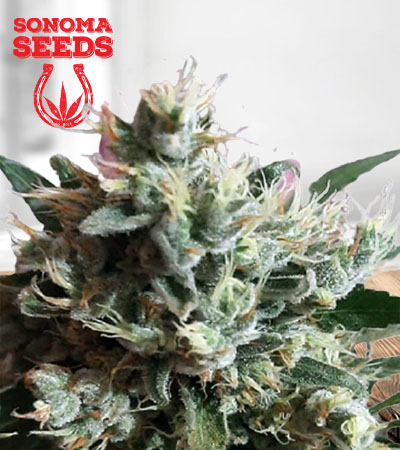 Dutch Dragon is a Sativa-dominant strain with autoflowering genetics. It is a by-product from the promising cross of two classic and potent strains that are Durban Skunk and California Indica. If you are seeking a strain that is not only mentally stimulating but also bodily calming, then Dutch Dragon might be the wisest choice. Several experts have recommended this strain for managing mood disorders due to its cerebral effects that are ultimately very euphoric. Meanwhile, aside from its outstanding recreational and medicinal benefits, many took notice of Dutch Dragon in the cannabis industry, especially among growers because of its enticing and powerfully tangerine flavor, and essentially its potential to yield a huge amount of harvest. In just nine to twelve weeks, you can reap Dutch Dragon and enjoy its goodness. It is suggested to consume Dutch Dragon in the daytime in order to fully savor the experience it brings.

What are the Flavors and Effects of Dutch Dragon Autoflower?

The most prominent flavor and aroma of Dutch Dragon are that of tangerines. Upon lighting your stick of Dutch Dragon, you will immediately catch the very evident tangy and citrus, yet sweet aroma of this fruity strain, making it its defining feature that most users sought.

With a THC level that ranges from average to high, Dutch Dragon is surely a strain that is apt for novice users or those with low tolerance alike, as it might be too high for them. Despite its charming personality of having a fruity taste, Dutch Dragon certainly does not possess mellow effects, but rather intense ones. Being a predominantly Sativa strain, you can expect Dutch Dragon to be prevalently cerebral in its effects. Right after just a few puffs of this strain, you will most likely be transported into a state of euphoria. The surge of happiness in the system ignites a rush of creativity to its users, perfect for those who are searching for inspiration for creating innovative ideas while heightening your audiovisual senses. Furthermore, it also allows you a feeling of relaxation without having to worry about turning lethargic. Finally, as its natural side effect, Dutch Dragon can also cause munchies, which in effect increases your appetite.

What are the Medical Benefits of Dutch Dragon Autoflower?

Like most Sativa strains, Dutch Dragon is also usually prescribed to medical marijuana patients, as it helps in managing their symptoms of depression, anxiety, and stress. These conditions are effectively remedied by the mood-enhancing effects that are brought upon by Dutch Dragon. Apart from that, since it also has some Indica genes present, Dutch Dragon, fortunately, contains anti-inflammatory and analgesic properties that are best to relieve body discomforts such as chronic pain, arthritis, multiple sclerosis, migraine, and even nausea. For this reason, it is safe to assume that not only are the recreational benefits are what’s great about Dutch Dragon, but also its medicinal potential.

Negative Effects You Can Expect from Dutch Dragon Autoflower

Although Dutch Dragon can be considered as a potent strain, its inherent adverse effects are far from causing serious medical harm. At worst, reports only recorded some cases of mild paranoia, and increased anxiety and these were all triggered by excessive consumption of the strain. It is quite normal that those are the resulting adverse effects as it is staunchly pressed to ingest Dutch Dragon in minimal doses. However, the more typical and less harmful side effects are just cottonmouth, dehydration, and dry eyes, wherein they can just be easily remedied through increasing the fluid intake and applying some eye drops. It is strongly encouraged to consume responsibly in order to avoid such untoward incidents.

As a Sativa strain, you can expect Dutch Dragon to yield a heavy harvest, but before that, it has to be successfully cultivated first. Growers are advised to utilize the Sea of Green method in planting Dutch Dragon so that it can fully grow to its full potential vigorous and fast. More so, it thrives well in warm climates, that is why if not grown indoors, make sure that it gets an ample amount of sunlight. There is nothing to worry about pests and diseases as it is highly resistant to those. In just a span of nine to twelve weeks, Dutch Dragon will then be ready to be experienced.