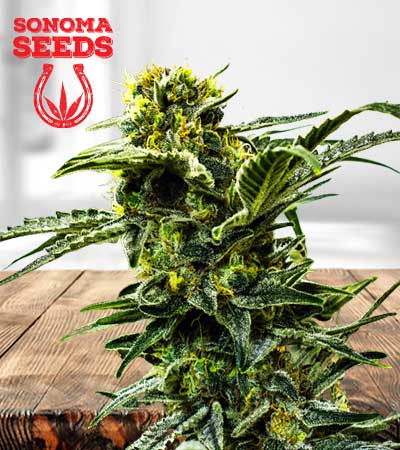 This Indica-dominant strain comes from a three-way cross between some Afgan, North Indian, and Mexican Sativa landraces. It is suitable for smokers who prefer a more relaxed state, which can be used for draining days. The Early Girl Feminized is great for beginner growers as it is pretty solid and easy to grow while having high yields.

What are the Flavor and Effects of Early Girl Feminized?

As soon as the smoke hits your taste buds, you will be greeted with a mouthwatering flavour combination. A sweet lemon taste with hints of some earthy and pine notes makes this a flavour profile that your palette will crave.

When smoked, the Early Girl Feminized is perfect if you’re looking to relax. A euphoric surge will initially take place, which puts smokers in a happier state. After some time, the Indica shows its glory by triggering a body buzz that begins from the head to the body. The limbs and eyelids will eventually feel heavier, resulting in an exhausted state.

What are the Medical Benefits of Early Girl Feminized?

The Early Girl Feminized offers a lot of benefits, including alleviating some physical and mental illnesses. The boost in mood-enhancing properties allows it to block gloomy thoughts and emotions that are often experienced with mild to moderate depression, anxiety, and PTSD. For those with an overwhelming amount of stress, this strain can prevent the risk of having fatigue.

The Early Girl Feminized can reduce swelling, body pain, and chronic pains due to arthritis and migraines with its anti-inflammatory and analgesic properties. Its sedative properties can help you sleep better, which is excellent for sleeping problems like insomnia.

Negative Effects You Can Expect from Early Girl Feminized

The Early Girl Feminized can still result in some common adverse effects such as cottonmouth and dry eyes despite smoking in low doses. These conditions arise when the body is not hydrated enough when smoking and can lead to itchiness that may eventually lead to irritations.

For smokers with low tolerance to THC, this strain should never be smoked in high doses because this can cause headaches and dizziness.

How to Grow Early Girl Feminized?

The Early Girl Feminized is one easy strain to cultivate. The feminized version of this strain makes it more worth growing as it takes less time, energy, and money to cultivate. These all-female seeds result in a higher yield because, compared to regular strains with males, all plants are fertile and produce weed.

Indoors, expect a flowering period of around 42 to 56 days where growers may harvest about 390 to 530 grams per square meter. On the other hand, cultivating outdoors should be done in a cold and cool climate where it thrives better. You may harvest around September and expect about 560 grams per plant.

Be the first to review “Early Girl Feminized Marijuana Seeds”