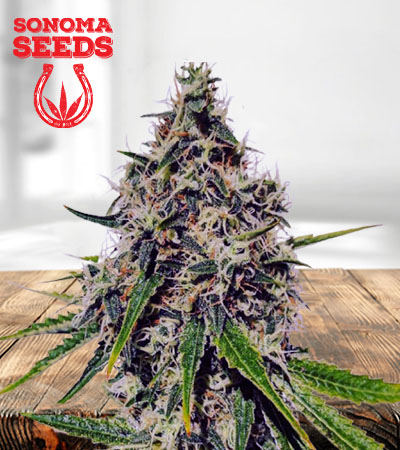 The Sour Jack is produced by combining Sour Diesel and Jack Herer. It is a Sativa-dominant strain that provides an upbeat feeling as it boosts energy and uplifts the overall mood. It has a high potency level, which is not suitable for beginners or inexperienced users. Using this during the daytime is the best way to go as it may prevent you from sleeping. Moreover, its flavor and aroma profile are a favorite among seasoned users due to its iconic marijuana notes.

What are the Flavor and Effects of Sour Jack Feminized?

Onset, the nostrils are filled with a pungent diesel-like aroma mixed with sour notes that have lemon and citrus scents. Once inhaled, old-time smokers will love the classic flavor combination of sour and sweet notes.

Within one toke, the Sour Jack strain provides mind-blowing effects that will keep smokers up throughout the day. Thus, this strain is not advisable for nighttime use. A rush of euphoric waves paired with a surge of creative juices can enhance productivity and help with generating new ideas. On the other hand, this strain also has psychedelic effects due to its high potency levels that can result in hallucinations, which seasoned smokers will be delighted to experience. It can be used as an alternative to the daily cup of coffee in the morning.

What are the Medical Benefits of Sour Jack Feminized?

Like any other marijuana strains, the Sour Jack has properties that contribute to alleviating medical health conditions. The upbeat feeling and mood-enhancing qualities can clear any pessimistic thoughts from clouding the mind, which can relieve depression, anxiety, stress, and PTSD.

Aside from psychological conditions, the Sour Jack can also be used as an excellent alternative to increasing the appetite for individuals with eating disorders such as anorexia.

Negative Effects You Can Expect from Sour Jack Feminized

The Sour Jack may not be beneficial for people who want to lose weight or are not allowed to gain a few pounds due to its munchies effect. Also, consuming a high dose might lead to paranoia, hallucinations, and heightened anxiety as this strain is extremely potent, which significantly affects those with low tolerance towards the THC compound. Furthermore, even with moderate amounts, this strain can still trigger dry eyes and cottonmouth when consumed with a dehydrated body.

The Sour Jack is a strain that is quite a challenge to acquire and can be grown by someone who has enough knowledge and experience cultivating marijuana plants. Indoor, this plant has a flowering period of around nine weeks and can produce about 300g/m2. When in an outdoor setting, this plant should be grown in a warm and dry environment and exposed at a temperature of approximately 72℉ to 80℉. It can be reaped around the middle of October to early November.

Be the first to review “Sour Jack Feminized Marijuana Seeds”