Does Indica or Sativa Make You Paranoid: Answer Revealed 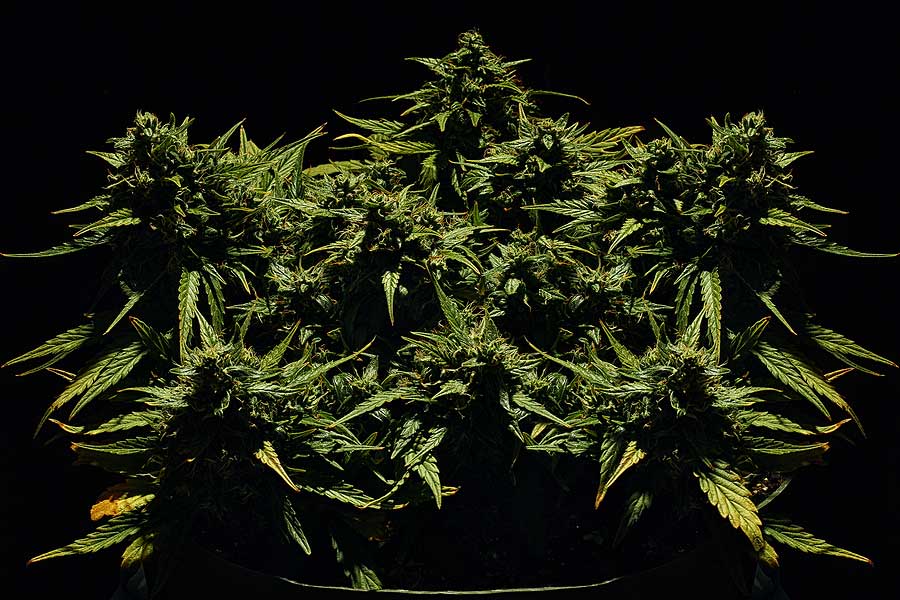 Most cannabis users can recall a time when they got too high and experienced a bit of a paranoid episode. These paranoid episodes may manifest as mild worrying and other times an individual may experience small experiences that will bring them a major feeling of being uncomfortable. This leads to people asking does indica or sativa make you paranoid?

A good paradox that cannabis offers is that it can cause paranoia and panic attack but there are also strains made to counterbalance post-traumatic stress disorder, stress, anxiety, and depression. However, the strain that really causes an individual to become paranoid is yet to be known. We’ll discuss to you the basic information linking paranoia and cannabis use.

When it comes to linking paranoia and cannabis consumption, the best way to describe this is: it’s literally all in your head. Cannabinoids such as THC bind to receptors all throughout the brain and many of these are focused on the amygdala.

The amygdala is the area of the brain concerned with emotional processing and it governs responses such as fear, stress, and paranoia. Whenever the THC acts upon the amygdala it modifies the neural communication for better or for worse.

THC can cause overexcitement in the neural pathways and this leads to anxiety and paranoia, this is especially true for people new or not yet accustomed to cannabis consumption. How this exactly happens is still unclear to researchers but the body’s endocannabinoid system seems to give ideas.

Our body contains receptor sites that are not just filled by marijuana cannabinoids, but it’s also filled by naturally-produced compounds called endocannabinoids that acts a lot like those compounds found in cannabis.

Shortages of these endocannabinoids have been noticed in brains that have been exposed to excessive stress and trauma, this explains why THC has a relaxing, anti-anxiety effect in some people. In theory, cannabinoids from marijuana replenish these regulatory compounds and results in a therapeutic effect.

The Difference Between Cannabis Strains and their Effect on Paranoia

If you’re new in the cannabis seeds growing industry, it’s great to keep in mind that the sativa strain is traditionally associated with activated, uplifting and energizing feelings. The cannabis sativa plant also has thinner leaves and it grows taller and fluffier. While the indica strain is known for being a nighttime use that is good for muscle and mental relaxation. It also grows shorter with broader, bushier and narrower leaves.

Cannabis consumption is always going to be a subjective experience. However, if you ingest a cannabis strain and experience a very activating feeling in your system and your mind is racing, this is a sativa experience. If you like this kind of feeling, it might make you feel more creative and productive, but be informed that this might also make you feel paranoid and worried if it’s too strong for you.

The aromas and flavors of cannabis plants can give us a lot of information on how it may affect our bodies. If the cannabis strain has a citrusy, grapefruit kind of smell or name, these are normally sativa. While cannabis aromas that are earthy, musky and wood smells those strains tend to bring down your anxiety.

It’s also important to know that some people who are very sensitive to cannabis can have anxiety or paranoia responses and these can not be specific to indica or sativa strain. Always keep in mind that just because a cannabis strain is indica it will not induce paranoia, for some people it will.

Although because of the kind of effect these strains give, most people may experience paranoia after smoking a sativa strain. These people may experience intense or irrational mistrust or suspicion, having a defensive attitude and fear of being deceived. These are some of the symptoms an individual might have during a paranoid episode.

Four Risk Factors Why Cannabis Consumption is Making You Paranoid

This is not really dependent on the type of cannabis strain that you’re smoking, just like what we have mentioned this can be because of the sensitivity of the individual to the cannabis strain. The more THC levels it contains, the more likely she says you are to get paranoid since this is where the psychoactive effects come from.

If you somehow experience paranoia, get agitated, self-conscious or get insomnia, you will want to have a cannabis strain with high CBD levels to calm you down and help make you less paranoid.

A doctor in Psychiatry conducted a study about patients who consumed cannabis early on in their teenage years. These people will experience getting high but they just laugh it off and have fun. When they reached the early twenties, cannabis consumption will make them feel more anxious or more self-conscious and thus being more paranoid.

The reason behind this feeling is that upon reaching a certain age, we started having different social values along with our neurological levels. Therefore the reaction to THC might change as well.

Some people can become uncomfortable in confronting their own feelings and they might be anxious in the first place. With this in mind, it can be noted that marijuana consumption might actually be a way of feeling some relief.

When you are using cannabis make sure that you are prepared for the possible effects that it might bring and one of this is being able to self-reflect by looking into your own thoughts and behavior. If you have this kind of freedom you can be confident in making sure that the cannabis will not cause you any paranoia.

If you’re in a neighborhood that doesn’t support marijuana consumption that much, you might feel paranoid when using it in places that others might see you.  The feeling that you constantly have to hide something will always give a chance for paranoia to creep in.

This is taking the legality of cannabis aside, where ever you are, make sure that the place where you’re going to smoke marijuana is a place that you’re comfortable enough to enjoy every puff.