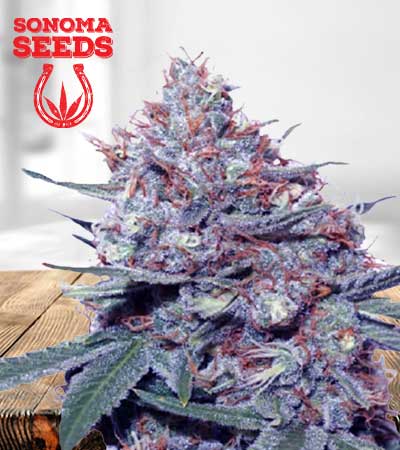 Dwarf King Autoflowering Seed is a hybrid autoflowering strain that contains Indica, Sativa, and Ruderalis genetics. It proliferates and provides farmers with a powerful and plentiful bounty in no time. It’s an excellent strain for breeders who are becoming impatient as the flowering process approaches. When smoking Dwarf King Auto, users can instantly note the strain’s nice and complex flavor. It has a well-balanced mix of various aromas and flavors that users are likely to appreciate.

What are the Aroma, Flavor, and Effects of Dwarf King Autoflower?

The aromas produced by this strain are also very appealing. Lemon, hash, and butterscotch are among the scents that users can appreciate and detect. Hashish, citrus, diesel, bubblegum, fruit, and pure earthiness are just a few of the delicious flavors found in the Dwarf King Auto strain. The THC content of the buds produced by this strain is around 15%, with only a CBD trace.

It gives you a soothing body high that makes you feel fully relaxed. Dwarf King Auto also causes drowsiness, which contributes to the stone’s overall balance. On the other side, the strain has a small head high, which gives the stone good credit. The head high has a contemplative and meditative quality to it, and it generally assists in lulling the user into a blissful state of relaxation.

What are the Medical Benefits of Dwarf King Autoflower?

Consumption of this minor strain boosts dopamine levels, resulting in a surge of true calm. It also increases serotonin levels in the body, leaving the consumer with pleasure and feelings of well-being while controlling mood, sleep, and appetite thanks to its overall Indica and Sativa components. It also aids in the reduction and treatment of anxiety and depression symptoms. It is most widely used for people who have mild pain but not chronic pain, such as headaches, migraines, body pains, fibromyalgia, and inflammation. Its relaxing and energizing properties provide powerful relief from mood swings, stress, ADD, ADHD, and even PTSD. The strain has also been shown to help with chronic and acute pain, nausea, and seizures. This strain can be used to treat sleep disorders.

Negative Effects You Can Expect from Dwarf King Autoflower

Dry eyes and mouth are two of the most common side effects of the Dwarf King Auto strain. Users are often couch-locked as a result of its impact. It may cause dizziness when taken in higher doses or as edibles, and if you’re prone to anxiety or paranoia, this strain can worsen your symptoms. It could also make you hungry. Some of the side effects include dry lips, dizziness, and headaches. If not used correctly or in higher doses, users can experience paranoia and anxiety.

Dwarf King Auto is a master of stealth due to its rapid growth and small stature. The growing activity will be finished almost as soon as it starts, perfect for those who want to maintain a low profile. These characteristics make it ideal for a guerilla grow activity in the bush, where it has a fair chance of staying concealed and unseen. Within just 8-9 weeks, Dwarf King Auto will be able to harvest. It is also recommended that the cannabis plant’s buds be removed. Another advantage of this strain is that it is straightforward and does not necessitate a shift in the light cycle to begin developing flowers and buds.