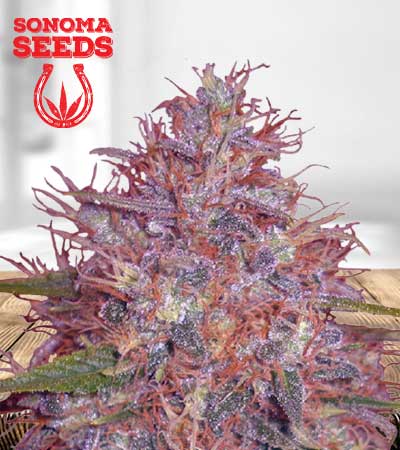 Early Fem is an Indica leaning hybrid that offers a subtle yet pleasing combination of slight cerebral stimulation coupled with a mellow body stone. The name may mislead users into thinking this is a wake and bake weed but it offers more of a calm high. With a THC that ranges from 13% to 20%, this is perfect for novices to start their cannabis journey as it is not overpowering and will not cause any anxiety or paranoia. Coming from an unknown lineage, this weed will offer a flavorful and refreshing taste of cannabis that indicates the purity and freshness of the strain!

What are the Flavor and Effects of Early Fem Fast Version?

As mentioned earlier, this weed will not offer any burst of energy but rather a mellow and calming high that is very pleasurable. Its THC content is not that excessive but just enough to give that sedated feeling without couch-locking its users. Considered to be a middle-range weed, This strain is a popular choice for users who need to have that calming end of the day toke without the heavy effects and intense psychoactive high of other potent cannabis strains. This weed will just mellow you out and give you the urge to be hungry. Best be prepared as if there is a strong effect this weed will provide, it is the ravenous feeling of hunger!

The aroma of this weed will remind you of the earthiness and purity of this weed as it smells all-natural. The buds emit a musky and earthy cannabis scent mixed in with a purifying citrus aroma that adds to its freshness. It gets even more intense as the weed is lit as the earthy flavors get to be more pronounced yet pleasing. Notes of citrus hang in the mouth and once the smoke is exhaled a tinge of sweetness swirls around the taste buds.

What are the Medical Benefits of Early Fem Fast Version?

The therapeutic value of Early Fem cannabis strain is its ability to put the users in a calm and relaxing state. This is a perfect weed if you want to unwind and de-stress at the end of the day. The muscles are loosened and nerves are restful, setting up a serene and tranquil mood. This weed also has a slightly sedating effect and analgesic properties that are enough to treat minor aches and pains such as backaches, headaches, and muscle soreness. Its deeply relaxing properties can also be an aid to treat the tired and weary fatigued laden body as it is soothing. For those who have eating disorders, Early Fem marijuana will help the mind think that they are hungry so the urge to eat will be very strong.

Negative Effects You Can Expect from Early Fem Fast Version

The common downside to smoking this weed is experiencing cottonmouth and dry eyes, but this can be remedied by consuming hydrating fluids before, during, and after the smoke. As for the drying of the eyes, applying some moisturizing eye drops will help in soothing the irritation.

Growing Early Fem Fast version weed strain is easy as they can be cultivated either indoors or outdoors. They prefer a warm, sunny and dry environment but can adapt well to cooler temperatures. There is a need to prune the lower leaves and branches of this short and dense plant to promote better airflow and allow light to penetrate the center of the plant for an even and healthier growth. They will start flowering and be ready for harvest in 6 to 7 weeks and yield a generous harvest of 400 to 600 grams of high-quality Early Fem weed!