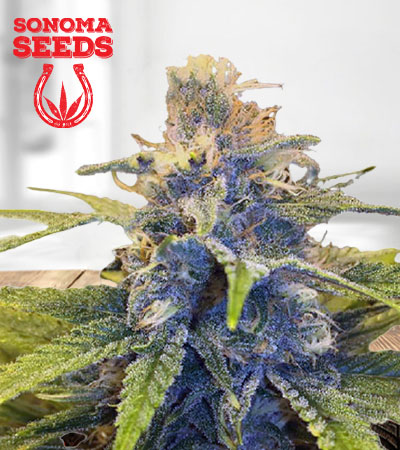 East Coast Alien Feminized fast version is Sativa-dominant marijuana featuring pungent OG flavors and energizing effects. This cannabis strain is a cross between the well-known Alien Technology and the traditional East Coast Sour Diesel. Pistils are tangled with buds and the smell of fuel, and the exhale is mint. After a long day of woe and tension, the effects arrive quickly, infusing the patient with an uplifted peacefulness. The hype is empowering without being overstimulating, creating a stable Sativa buzz that can help you stay inspired, finish chores, or improve your mood.

What are the Flavors and Effects of East Coast Alien Feminized Fast Version?

While fuel can well touch your nose at the start of your experience, you can exhale a pleasant taste of woodland. Although it is primarily stronger on the Sativa side of things, the East Coast Alien Fem fast version strain delivers a one to two punch of results in a short amount of time. The user can experience a powerful cerebral boost right away, sending their mental state sailing to euphoria.

Though its capacity to focus will be far from you, creative thinking tends to surge here. Only if you think you can go any further can your body start to shiver from head to toe, resulting in a state of induced stress relief. This bud can also put you to sleep quickly, depending on your tolerance, so make sure you use it properly timed.

What are the Medical Benefits of East Coast Alien Feminized Fast Version?

Medical patients looking for a new strain to try are likely to enjoy what the East Coast Alien strain seems to do. All those who suffer from depression and stress are given a big fresh start if it works quickly to improve their mood. Exhaustion is helped, at least before the comedown, and after a few hits, body pain like headaches or cramps is often softened. Although it may appear to be such a cure, users should be aware that its euphoric effects may actually aggravate anxiety, so proceed with caution if you are susceptible to this condition.

If there is one side effect associated with this marijuana, it should be dry eyes, which would almost certainly be followed by dry mouth. Many who suffer from anxiety should avoid using this strain because it has been shown to raise some users’ anxiety.

Dizziness is another harmful reaction that can occur in addition to the ones mentioned above. This is due mainly to the sudden and extreme cerebral head high, which is why beginners and inexperienced smokers should avoid it.

East Coast Alien feminized fast version marijuana seed is not ideal for novice growers, and this strain needs the experience to cultivate. This strain’s growing information is quite hard to compile as this strain is difficult to find in the dispensary list. For the record, East Coast Alien Feminized may grow about nine to ten weeks.