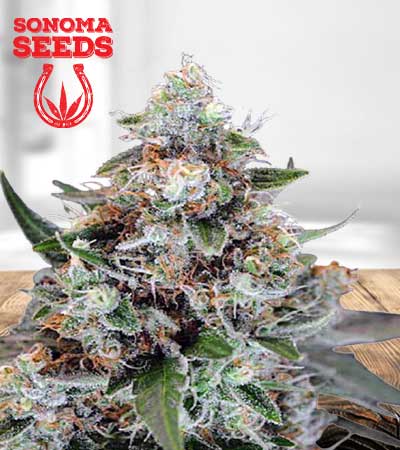 What are the Flavors and Effects of Hilly Billy Jean?

The Hilly Billy Jean marijuana strain got its namesake from the delightful scent and flavorful taste it bestows its users. It offers a sensationally fragrant subtle subtropical aroma that’s reminiscent of oranges, mangoes, and tropical-flavored jellybean candies. On the tongue, it boasts rich and sharp orange and citrus flavors along with sweet and tangy sensations of tropical fruits. Indeed the Hilly Billy Jean strain produces mouthwatering delectable buds that make users want to come back for more.

This strain is considered an excellent choice for daytime consumption. It leaves users staying positive throughout the day while delivering a jolt of energy to help them get through their errands and tasks. It’s a perfect choice for wanting to socialize too for it wipes away shyness and will definitely get users talking to people. The Sativa lineage is overpowering and this is reflected in the strain’s fast-acting and hard-hitting effects. It welcomes users with a euphoric head that keeps users mentally at ease yet invigorated. Users have also experienced a significant boost in their creativity upon consuming the Hilly Billy Jean marijuana strain. To balance the cerebral high, this is accompanied by a mild and soothing body buzz that relaxes and calms its users. Muscle pains and aches are washed away and after a few hours, the Hilly Billy Jean marijuana strain lulls its users to sleep.

What are the Medical Benefits of Hilly Billy Jean?

Hilly Billy Jean marijuana strain is a great Sativa-dominant strain for both recreational and medicinal purposes. It has mood-enhancing properties and energizing qualities that are very helpful for those with mood disorders such as depression, anxiety, and chronic stress. It also clears the mind of unwanted negative thoughts and heightens focus making it a great choice for those with PTSD, ADHD, and bipolar disorders. Physically, the Hilly Billy Jean marijuana strain is great in relieving body aches such as muscle pain and tension, migraines, headaches, arthritis, and cramps. Its sedating effects also help those with sleeping disorders like insomnia finally get a night of blissful, uninterrupted, deep sleep.

Negative Effects You Can Expect from Hilly Billy Jean

Because of the strain’s potency, consumption of the Hilly Billy Jean marijuana strain may induce a few slight discomforts such as cottonmouth and dry, itchy eyes, these discomforts are common in most marijuana strains and may easily be remedied. Cottonmouth may be alleviated by increasing fluid intake before, during, and after the smoking session. Keeping over-the-counter eyedrops nearby should help with the dry and itchy eyes and prevent further irritation. Novice users as well as those sensitive to THC should be wary of their doses especially since the Hilly Billy Jean marijuana is a potent strain and the effects may overwhelm them. Overindulgence is also advised against for it may result in severe unwanted effects like slight anxiety and paranoia. It is recommended to consume the Hilly Billy Jean marijuana strain slow and low to be able to reap its wonderful benefits without experiencing unwanted side effects.

Growing the Hilly Billy Jean marijuana strain is suitable for all types of growers. It may be grown both indoors and outdoors. The strain is relatively resistant to common mold and mildew and can be forgiving when it comes to minor cultivating mistakes. When opting to grow indoors, the Hilly Billy Jean marijuana strain spends eight to ten weeks in the flowering period. It grows short and bushy making it suitable for a Sea of Green set up. After the flowering period, the plant is ready to be harvested and growers can yield up to 300 grams of delectable buds per square meter. When cultivating outdoors, the plant needs to be topped once for it to bloom. It thrives best in a warm, sunny, and dry environment. Growers may harvest as much as 220 grams of aromatic buds per plant during the month of September.