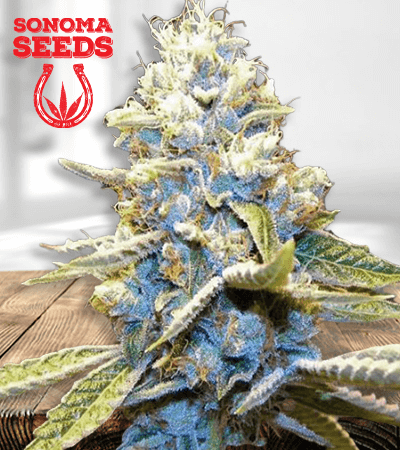 Star Killer marijuana is an indica-dominant feminized strain that has very lovely colors. It was the recipient of the 2014 High Times Cannabis Cup for its growing qualities and flavors. It can give you average yields, but training can increase yields, especially when you use SCROG or SOG early during the vegetative stage.

Star Killer (fem) is an indica-dominant hybrid cannabis strain that’s a standout in any garden with its lovely bright blue and yellow, green buds and pistils. It was created from a potent Rare Dankness 2 strain and a widely popular Skywalker OG strain.

Star Killer was awarded second place at the 2014 High Times Cannabis Cub in Amsterdam and is now sought for its fast flowering and tempting flavors. It can be grown indoors or outdoors and prefers to be grown in warm and sunny climates. This is not a beginner strain because it might be susceptible to molds and pests that can plague shortly to medium-sized plants.

Star Killer is a feminized strain and thus will only grow female plants. It will flower in just 9 to 10 weeks and will be ready for harvest in October. Whether you grow Star Killer indoors or out, you will get a moderate yield.